COM Gold Cup Rally
The COM Gold Cup was a TSD (Time/Speed/Distance) rally put on by the club for many years (early 1960’s to mid-1990’s, I think). A driver/navigator team would attempt to stay on a course following Route Instructions and things called “Main Road Priorities”, and arrive at unknown check point locations at the exact arrival times, based on a “CAST” (Change Average Speed To–the exact average speed to be maintained over that segment of road). Entrants were penalized for being early or late (generally 1 point, either per second or .01 minute). Traditionally, the team that won the Gold Cup often was expected to put on, or at least serve as event chairperson, for the event the next year. The “Traveling Trophy” was held by the winners until the following year.

Back in the day, the TSD Rally concept was popular in many clubs in the Met Council including the U of M Sports Car Club, COM, Twin City Rally Club, Minnesota Opel Drivers (which merged with the BMC Club to become Minnesota Autosports Club (MAC), and Land O’ Lakes Region of SCCA. Many of the top National Level TSD teams at one time were based in the Twin Cities, along with many of those who wrote the SCCA  national rally rules. Over the years, most of the rallies have shifted to Chance or Gimmick events such as COM puts on, or simple cruises, perhaps with some games for scoring, or in some cases more high-speed performance rallies on closed courses.. I think TCRC and SCCA still have active TSD rally programs.

A few recollections of the event!

Tom G. brought the two trophies (Gold Cup Rallye and the Hare & Hound Rallye) to our 2020 Awards Party at the Fireside in Rosemount. As last winner of those two events, they’re his to keep. Long history of each, and interesting cast of characters on the trophies. We also had a tradition that if you ever won one of the COM “Traveling Trophies” 3 years in a row, it was yours to keep. I have one (actually two) for overall Competition Points Award that I retired from its travels. I don’t think we had a Traveling Trophy for the Picnic Rally, although that also went on for many years.

The history on the Gold Cup; I did know that if one won the rally, they had to help put it on. The course and design of said course along with instructions was usually put on by “Rally Rick” (Rick Johnson). 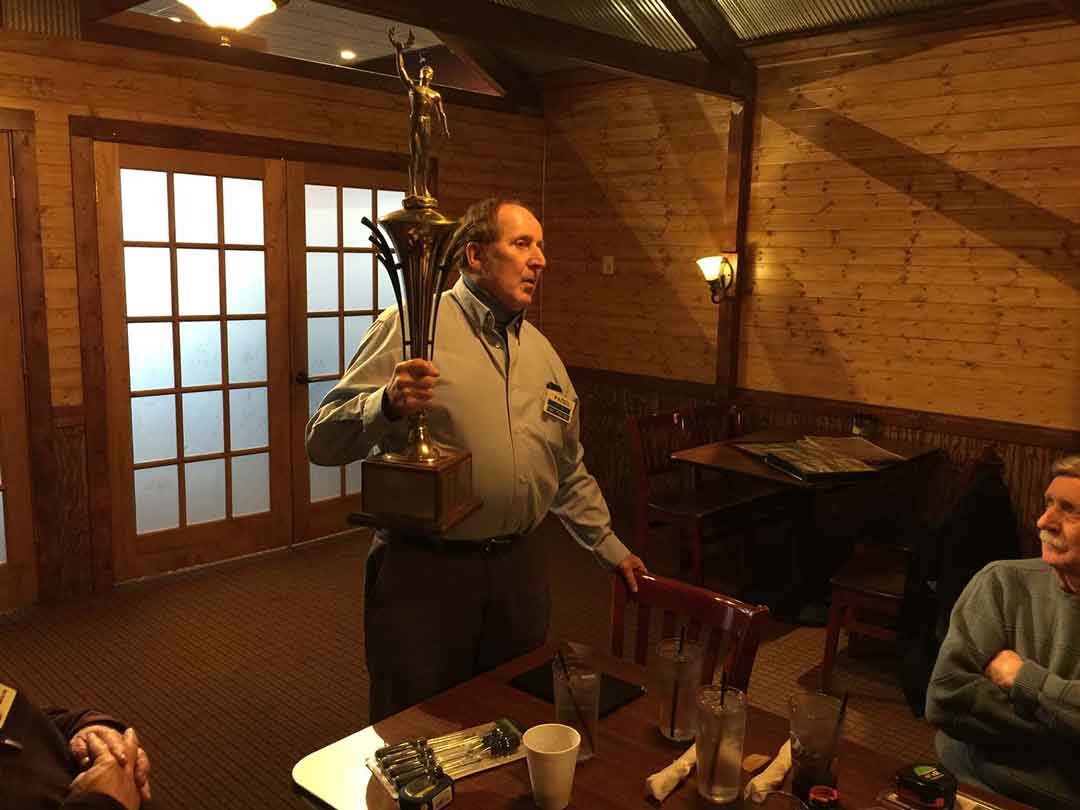 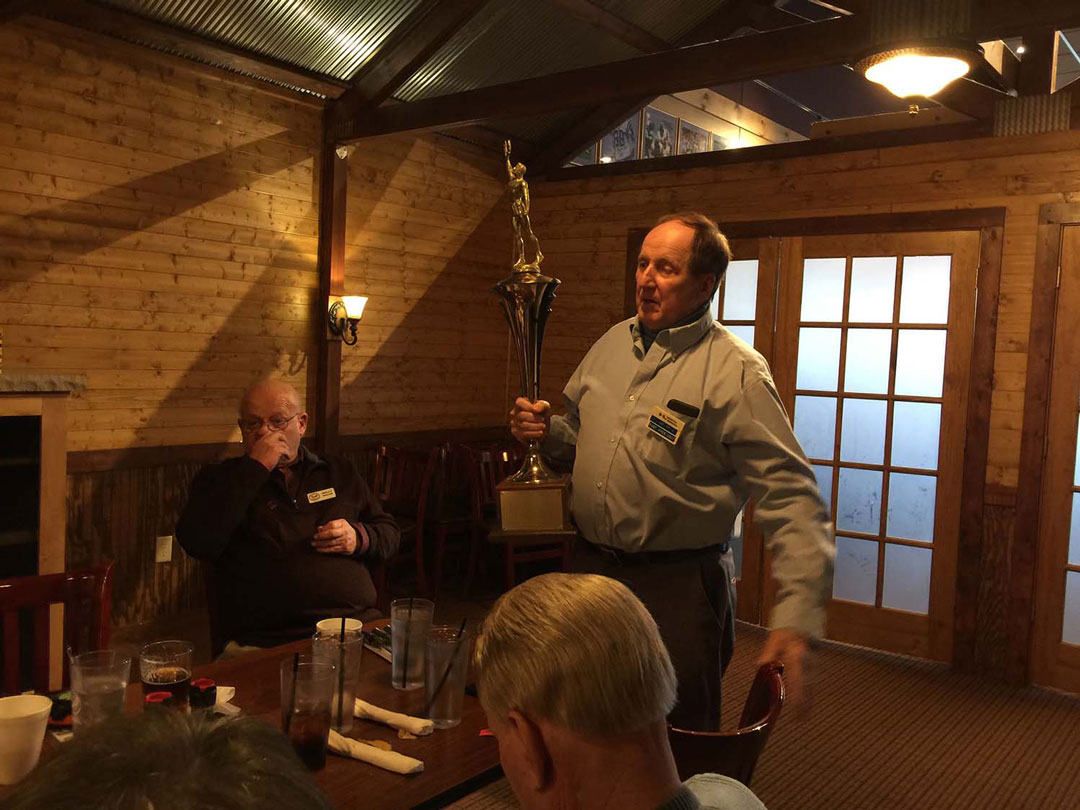 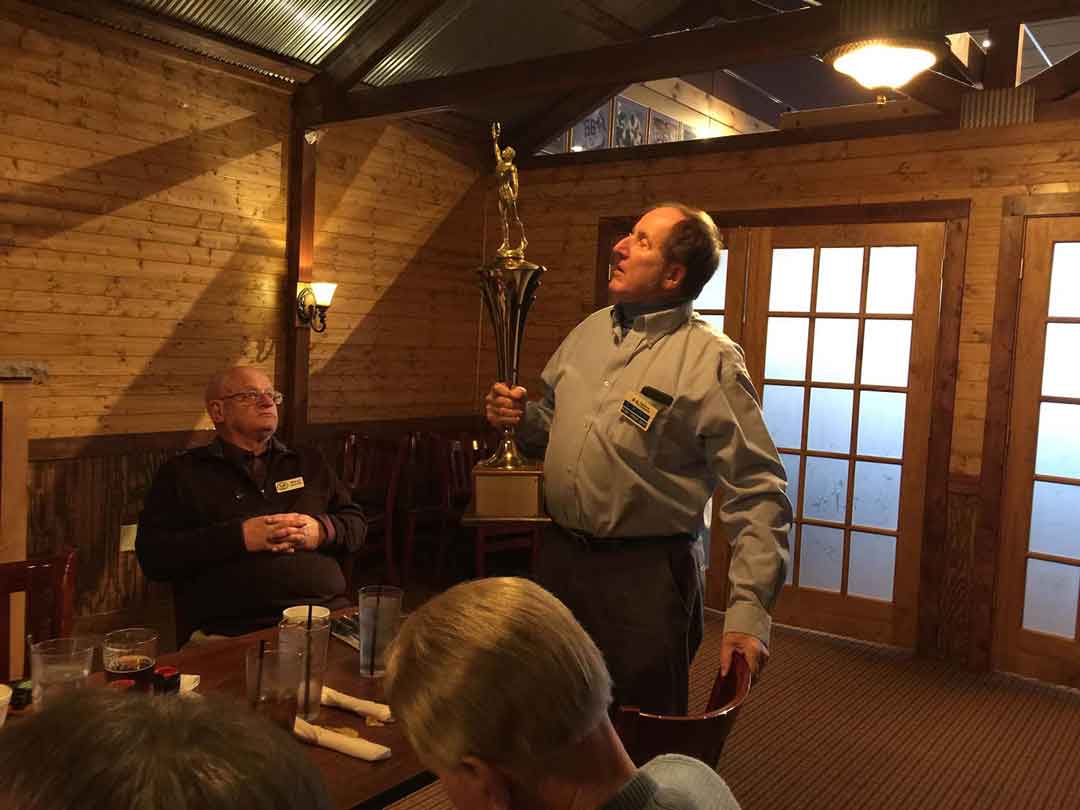 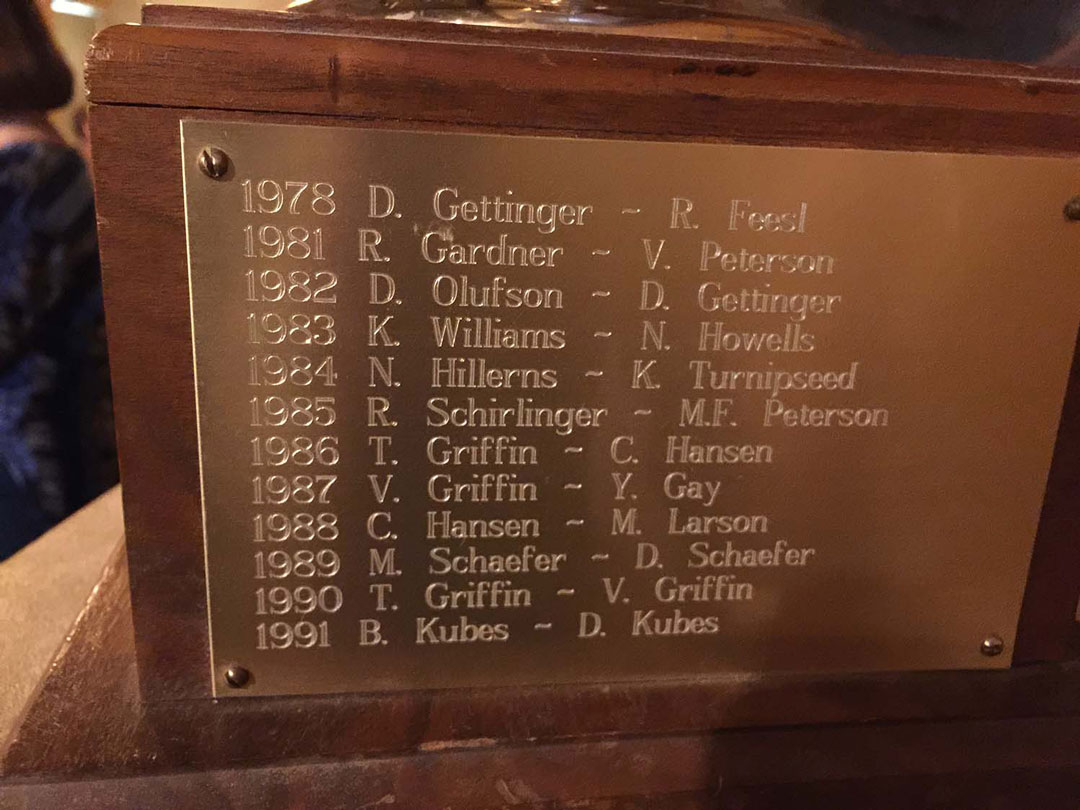 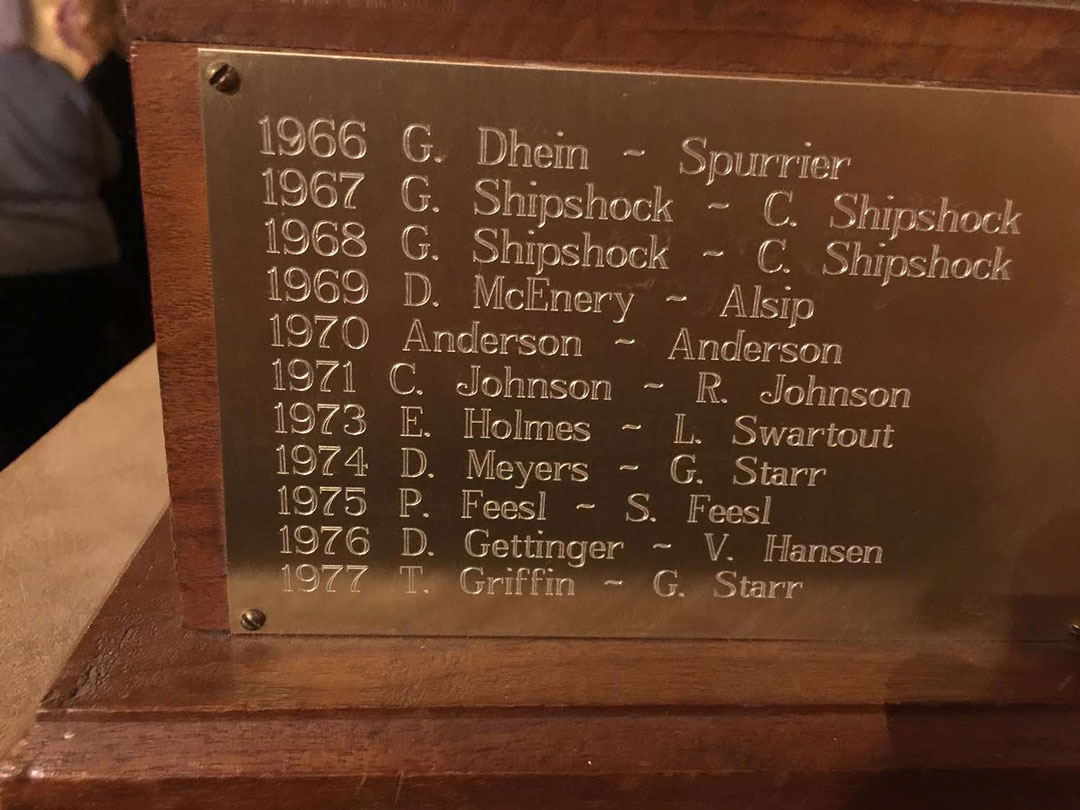 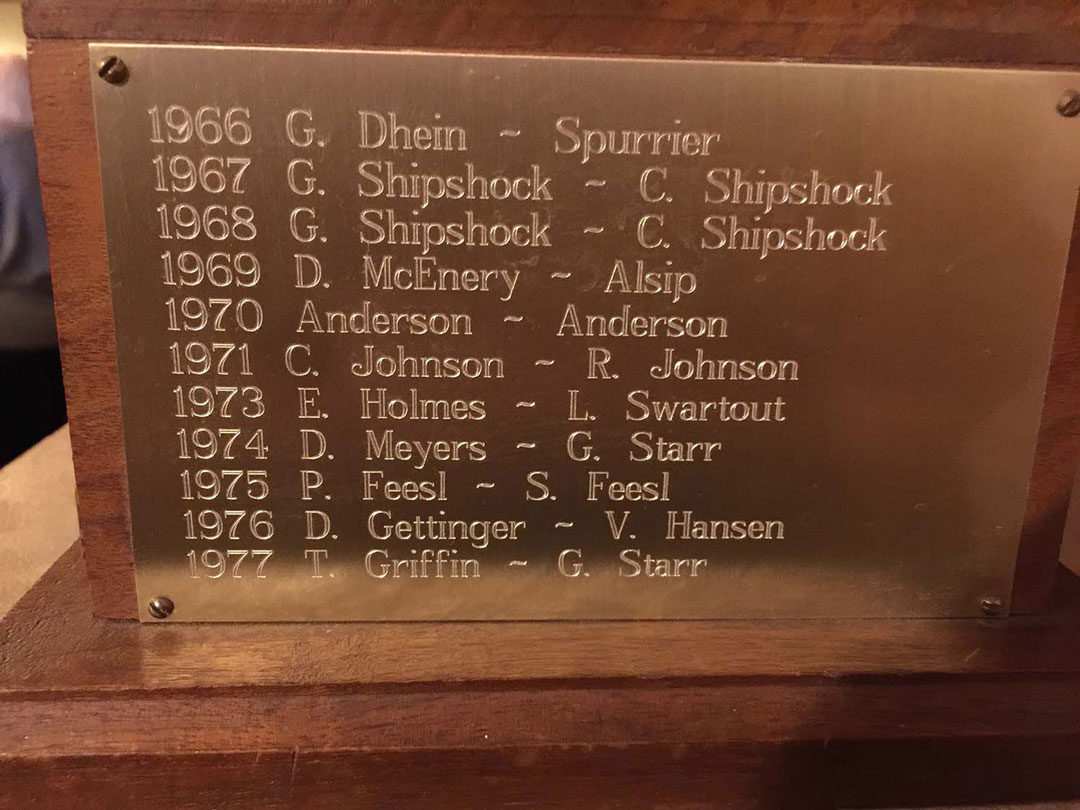 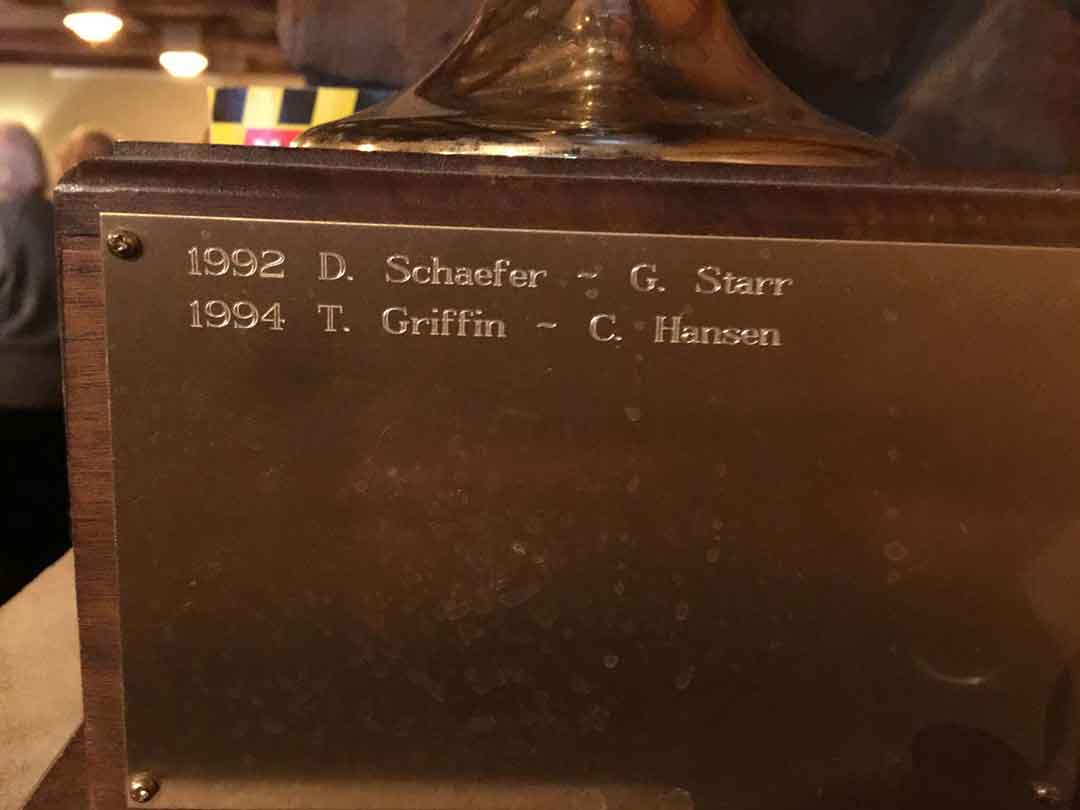 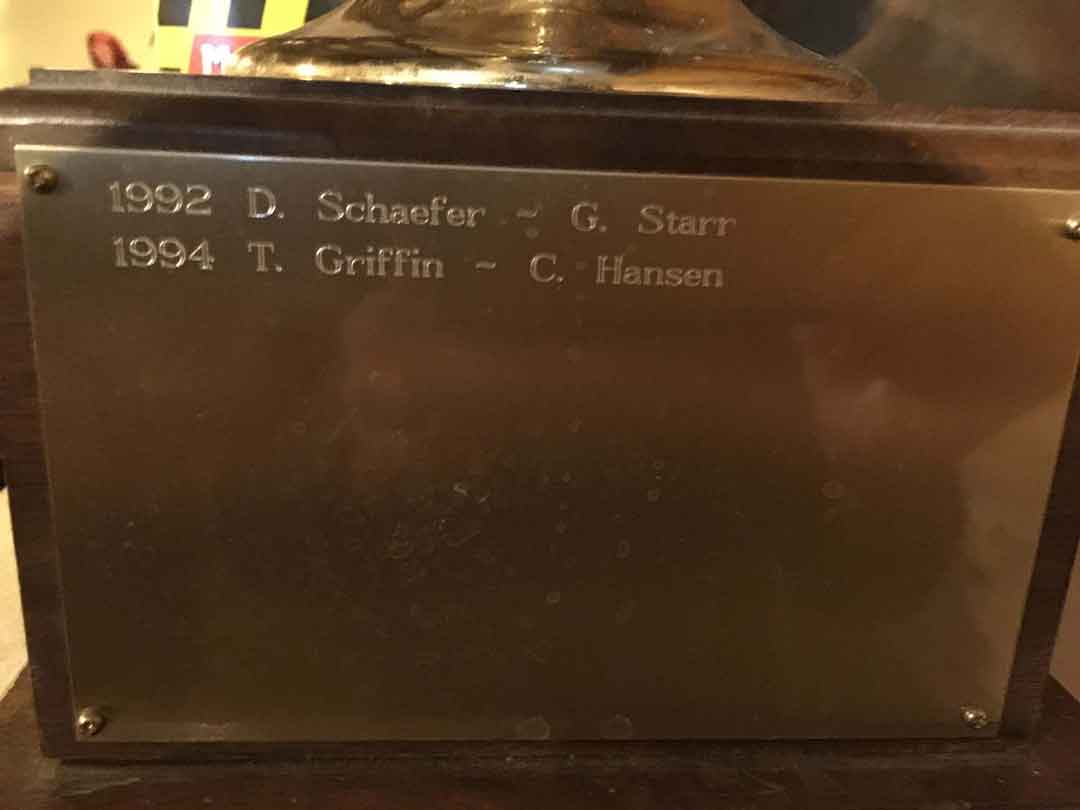 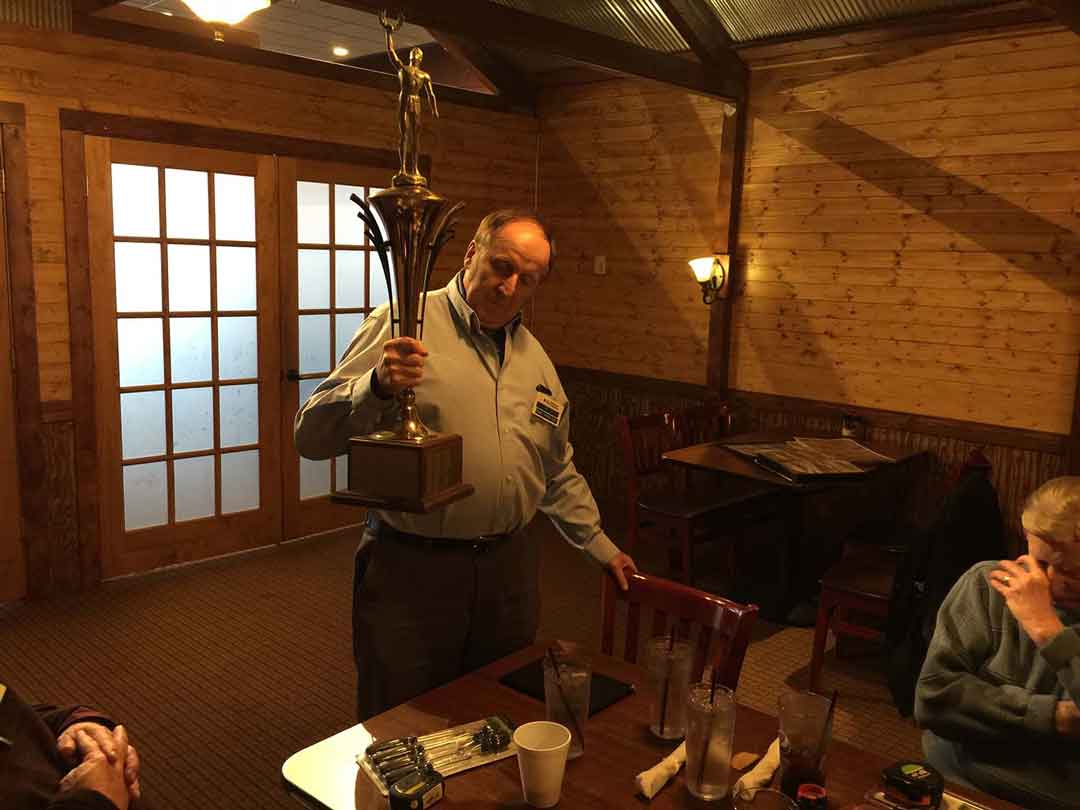