Members lost but not forgotten

“Friendship is a connection that does not weaken in death but instead grows stronger for those who remember.” 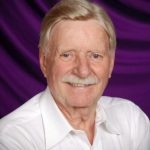 COM recently lost one of our long-term members, David Zimdars. Dave joined Corvettes of Minnesota in 1970. He had a beautiful red C-2 Corvette Coupe for many decades. Over his years of membership he participated in some autocross events and other club activities, but is best remembered by most of us as a kind, generous member of the club, who always was anxious to donate time and efforts to our social activities. Dave and Annie hosted our annual Holiday gathering at their home for many years (and even would let some of the rest of us win an occasional billiards game!). Dave and Annie’s spirit of giving to the club, and also of being fine chefs, was also evident when they brought the “Wienie Wagon” to some of our events such as the COMMANGSAC Autocross to provide food for the entrants. He was also known as a tire authority, working in the retail tire industry for many years. Dave will be missed by all of us who knew him.

The club had a Fall Cruise one year, and I broke out from the pack on some beautiful back roads, with some brisk driving techniques, when I looked in the rearview mirror of my Z06 and there was a car hot on my tail. It was a Pontiac driven by Dave, showing he still had it, no matter what car he was driving! He was forever known as the fastest Pontiac driver in the club!

The picture is from the “Grand Prix” track in Faribault, just south of the airport. It’s West of Hwy 21 and I-35 intersection, and just north of the Faribault Harley Davidson dealership.This was a COM club event where we went down there for part of a day, and drove their cars (basically like “Malibu Grand Prix” cars). Centrifugal clutch, so basically like a go-kart, but “Indycar” bodies, bigger engines and wheels/tires. As I recall, Marty Alman (Ahlman / Altman?) was the owner of the track. Similar cars in St. Paul on Rice Street in the ’80’s across from McCarron’s Lake, along with more traditional go-karts. Also some similar rental karts at the top Wisconsin Dells kart tracks. Track operation is long gone, but if you look at a Google Earth view and go S-SW of the airport you can still see much of it (kind of like looking at the Bennet Raceway at Utica, Illinois track now from the air, or Forest Lake Kart Track where we also did autocross events. Parts of all are still visible, if you know where to look). If I’m right about the owner, he was also a BP Corvette racer, and last I knew was a firearms dealer in Owatonna area, but quite a while ago. Probably a dozen or so of us went to the event. 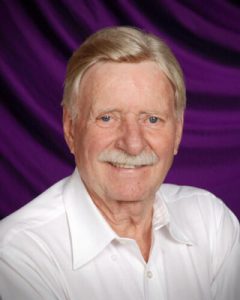 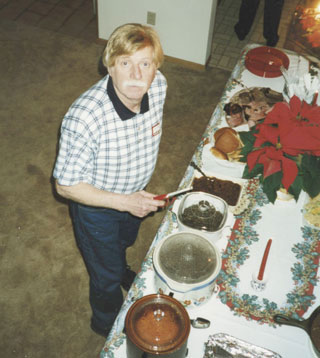 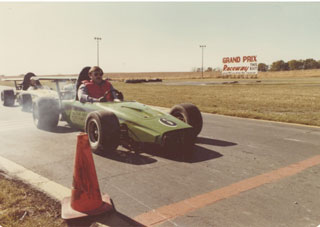 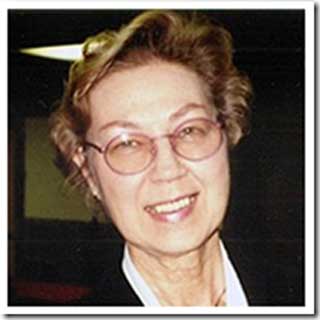 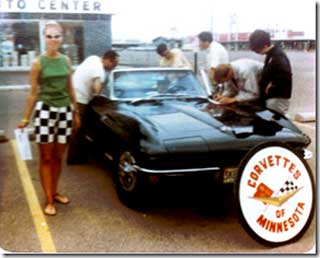 Long time COM member Karin McComb, age 86, passed away on February 25, 2020. Karin, and he husband Ray, joined COM shortly after it was formed in the early ‘60s. They were both very active in all aspects of club & Corvette activities.  After Ray’s passing Karin continued to be a key member of the COM board.  In addition to serving as our Membership Director she served as our liaison to the GMCCA car show. Her willingness to show up at 5:00 AM to man (person) our ticket gate is legendary! She was also always involved in organizing the club’s picnics, parties, and social events.

God speed to you Karin. Your bubbly personality and dedication to Corvettes of Minnesota and the Corvette hobby will be sorely missed by all of us who knew you.

Ray was a very active long time member.  Known for his dry English humor and several very pristine classic automobiles. It was said that he cut the bar out of his 63 Spit-window to make it a 64…and thus lost the uniqueness of the first Stingray. Married to Karen, they made a great TEAM.
Griff & Griff (Tom & Vicki Griffin)

Grif is correct on all matters, but the Ray McComb Corvette was indeed a 1964 model. Most certainly there were kits to transform the 63 to make it a 64, but Ray did not do this. My source was Karin McComb. I asked about the car because Ray had 1967 fender side vents installed. He then had it painted in Honduras Maron by the House of Color. I also paid close attention to the interior of the car, and it did indeed have the black deep-dish instruments on the dash. Not the 63′ aluminum dished backing. He/they won a National Corvette Concours during 1968 with that car. In addition, the car ran like a watch with it’s 327-300 H.P. engine.
George Haun (member since 1963)

Ray and Karin McComb (these are the correct names and spellings) were the longtime COM and SCCA couple. They had a ’63 Corvette Coupe, a Vega delivery wagon with the porthole window, and Opel GT with the rare 1100 cc motor and automatic transmission, and at least 3 of the British Mini-Coopers, and I think also one Italian copy of the Mini. I saw all the Minis once in their garage in Edina. I don’t remember this car specifically, though. The one they autocrossed in the mid to late ’70’s was blue with a “Union Jack” painted on  the roof as I recall.
Don Gettinger, COM Gov. and Historian

I remember the 850 Mini they had. Ray had convinced the Met Council to allow the 850 to autocross in the Stock category with two SU carbs on an Austin America (?) manifold.

Ray and Karin were mainstays of the Corvettes of Minnesota.

At one point they had a BMW sedan. During a COM economy run, Ray and Karin were cresting a hill alongside my father and me in my SAAB 96. Both cars were at the same speed in neutral with the engines off. The SAAB walked away from the BMW due to its tall skinny tires and slippery aerodynamics.
Philip Etheir 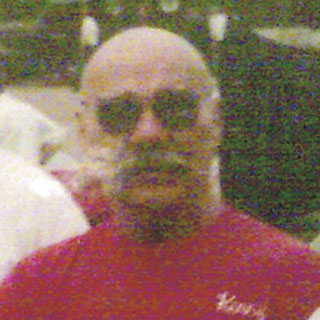 In early December of 2021, COM lost one of our longtime members. Kenny Williams, who joined COM in 1964, passed away. Kenny will always be remembered for his gregarious nature, his quick wit, his ready smile, and his classic handlebar mustache. Kenny was a railroad brakeman for the Milwaukee Road line during a lengthy career, with his run for many years being the Twin Cities to LaCrosse, Wisconsin route, along the Minnesota side of the Mississippi. He also for a period owned a business that chromed auto parts, and also a mini-donut trailer that he took to several venues, including at least one of the COM COMMANGSAC autocross events at the Minnesota Air National  Guard apron of the Twin Cities International  Airport.

Kenny was an accomplished ice racer with the TCIRA and IIRA organizations in the 1970s and 1980s, driving a Mini-Cooper sponsored by Parrish’s Supper Club, meeting place of COM for many years on West 7th Street in St. Paul,. not far from Kenny’s home on Tuscarara Ave. He had a number of Minis, and sometimes kept one in LaCrosse at the end of his run for trips in that area. Kenny also owned two Corvette Show cars. He was the second owner of “The Hustler”, a beautiful ’63 coupe built by COM member Bill Hurley, featuring among other special features chrome exhausts that exited the front fenders through the fenders, and went to collectors and chrome side pipes. I believe the car was a chocolate brown enamel at one time. He later had a ’68 Big Block convertible, in a candy-apple red paint, with “650 HP” as his personal license. The ’68 featured chrome velocity stacks and carburetors extending well above the hood. Kenny, being one of our shorter members, would have to look around the velocity stacks when he on occasion drove the ’68 in our club autocross events. It was also a regular on the car show circuit, and went on many club rallies and cruises.

I remember one of Kenny’s stories about driving one of his Mini-Coopers up the Snelling Ave. hill, near Parrish’s. The car had serious rust damage, and as he was driving up the hill, there was a large enough separation of the floor near his feet that the front end and engine pulled away from the rest of the car. Once it was far enough in front that he couldn’t reach the gas pedal, it of course slowed down, at which point the main body slammed into the front again putting his foot on the throttle, only to repeat the process multiple times. He described the climb up the hill as looking like an “inch-worm” climbing the hill. Kenny was an accomplished story teller!

Consistent with Kenny’s wishes, there was no visitation or funeral announced at the time of his passing. 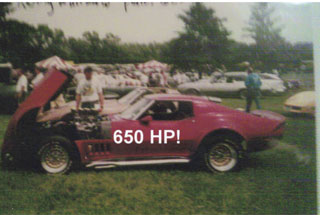 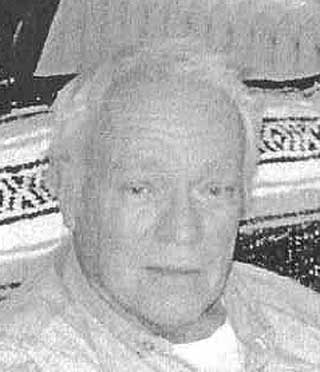 Meyer, Dennis A. passed at age 77, and lived in Mound. Dennis was a collector car enthusiast and a charter member of Corvettes of Minnesota. He was a member of countless car clubs and loved motorcycles. At his funeral, there were no less than 9 car clubs represented that he was a member of, including Cadillac Club, Packard Club, COM and at least 6 others. His house in Mound, had a 4 car garage up and a rear garage in the basement that housed over 20 cars; all unique! 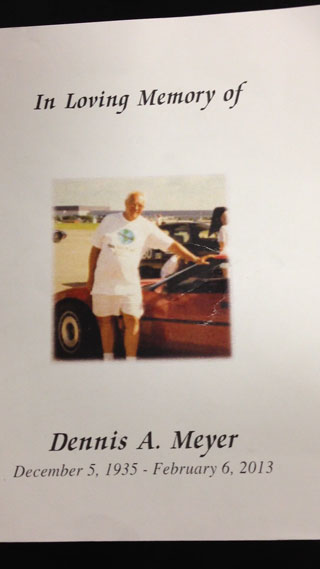 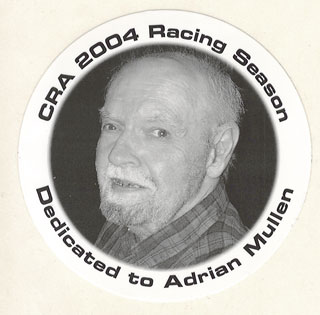 My memory of Ade started when I joined the CRA (Central Roading Assoc) in 1980. I was road racing motorcycles and Ade was a race steward. Later when I transitioned to autocross and raced with the SCCA, there was Ade again a race steward with the SCCA. When I joined COM in the late 90s, Ade was a member of that club as well. We would reminisce about the CRA and BIR and would get in trouble at COM board meetings, for talking during the entire meeting! He is greatly missed and was a great gentleman. I was a pallbearer at his funeral and he was honored as being possibly the 2nd oldest, still participating, race stewards in the U.S. when he passed.
Max Allers 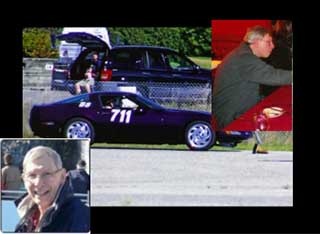 On June 18th, 2017, COM lost a dear friend and vital, active club member when Jerry passed away unexpectedly. Jerry was an enthusiastic participant in the sport of autocross with COM & MAC and enjoyed COM rallies & cruises with his dear wife Lucinda & his son Matthew. Jerry made his mark at COM serving as President, newsletter editor, and as key member of our autocross staff performing tech inspections with a smile. Jerry, you will be missed.

Bill Hurley became a member of Corvettes of Minnesota in the first year, 1960, of the Club. He was active in the Club for many years, and often put on the Hare and Hound rally for COM each fall. He built and owned a beautiful ’63 Coupe showcar, “The Hustler”, for several years that he took to many car shows. He later bought the car back again from member Kenny Williams, and was nearing restoration of the car when he passed. Bill, his wife Mary, and his children were often seen working at the entrance gate for the GMCCA  Car Show during his years in the club.