Sunday July 15th, 2018
Our trip to New Orleans for the 2018 NCCC Convention started out early Sunday morning with a 3:00 am wake up alarm, we got ready packed the car and were off to Terminal 2 for our 6:50 departure with a short layover at Chicago Midway. We left Chicago Midway at 9:00am and arrived at MSY (Louis Armstrong Airport) at 11:30am. Check in at the host hotel, Comfort Inn & Suites located in Metairie, LA. wasn’t until 3:00pm so we took our time at the airport before we called Uber for a ride to the hotel. We arrived at the hotel around 12:30pm, it was only 10 miles from the airport, and right away ran into acquaintances we haven’t seen since the Chicago NCCC Convention in 2012. Going to Convention is like a family reunion with a bunch of great people and we all have a common bond, America’s greatest sports car the Corvette. We visited a lot while we waited for our room. In the meantime convention registration was open from 9:00am to 5:00pm so we both checked in and registered. We received our lanyards, which you need to wear at all times while doing convention events and at the hotel. We finally got into our room, which was recently remodeled, at 3:00pm and unpacked and then went up to the Hospitality Room & the Corvette Mall. The Hospitality Room is for NCCC Conventioneers to visit and catch up with friends and make new ones. Beer, wine and soda are free in the Hospitality room during open hours. The Corvette mall is an opportunity to purchase Corvette wear, current convention shirts, NCCC wear, and look into insurance options for your car if interested and purchase other items such as jewelry, helmet bags, past and current convention pins etc… There was also a promotion for the Corvette Pirates which is a cruise every January that approximately 150-200 Corvette people attend. It is hosted by Laurie “Tex” Schwab from Desert Corvette Association, another club that we also belong to. Back to our room to change and head down to the Mardi Gras Ballroom for the welcome party with the Super Pop Rock band “Bag of Donuts”. That started at 7:00pm and went on until 11:00pm with lots of fun and dancing. They had a small buffet with some great Jumbalaya Gumbo & Rice.

Monday July 16th
Monday morning between 8:00am and Noon was your last chance to register and get your car tech inspection. The Corvette Mall and Hospitality rooms were open 10:00am to 5:00pm and 10:00am to 6:00pm respectively. We signed up for a 1:00pm Cajun Cooking Class and Luncheon. We learned about Cajun and Creole from Chef Ricardo. The event was well attended by 70 some Conventioneers. He made Shrimp Bisque, Jambalaya with chicken and smoked sausage, Bread pudding with Whiskey sauce and Pralines, all local favorites. Then as the class went on we were served the dishes he made and it was excellent. It was a fun class filled with great cooking and lots of information and New Orleans history. Our friend MJ Sipolt from Windy City Corvettes drove down to NOLA by himself so after the cooking class that he also attended off we went to No Problem Raceway so MJ could participate in the Bracket Drags. We left the Hotel about 1:15pm for a 90 minute road trip to the raceway. The Bracket drags were supposed to start at 2:00pm but to our surprise when we arrived they were running late and didn’t finally get started until about 4:00pm and did not finish until 9:30 due to an incident.  We left there made a stop at Walmart and were back to the Hotel by Midnight. The Record drags were suppose to start at 7:00 but also got a late start and lasted until 12:30am. There were people who did not get back to the Hotel until 2:00am and had to be at NOLA Motorsports Park at 7:00am Tuesday for a full day of events. MJ took second place in the Bracket drags and earned himself a trophy.

Tuesday July 17th
Tuesday was a full day at NOLA Motorsports Park with a karting track event, parade laps, Peoples Choice car show and Valve cover racing. Since we did not drive our Corvette we had a full day open to do things. Laurie hung around the Hotel and spent time visiting in the Hospitality room and Corvette mall. MJ also chose not to go to the Motorsports Park so we set out to see some of New Orleans. We went to Café du Monde, to buy some Beignets, pronounced “benay”, they are a local square in size French style doughnut topped with powdered sugar and they are good! Café du Monde has been around since 1862 and they are open 24 hours a day 364 days a year closed on Christmas Day only. We drove down to the French Quarter, I would not advise anyone to do that as the city streets are terrible and parking is at a minimum. We luckily found some parking and walked around for about an hour and a half. We got back to the Hotel around 6:00pm to get ready to attend the 2017 NCCC National Championship Recognition & Entertainment that started at 7:00.  Choice of a great Chicken or Steak dinner was served with mashed potatoes and vegetables. The Awards ceremony started around 8:30 and wrapped up around 10:00pm. There was a band afterwards but we did not stay for that. The NCCC National Points Men’s winner was Rene Cardenas who accumulated 5055 points attending 455 Autox events in 2017 and the Woman’s winner was Carolyn Mclemore who accumulated 4881 points  also attending 455 events.

Wednesday July 18th
Wednesday was another full day at NOLA Motorsports Park with high & low speed running from 7:00am to 6:00. Since we did not drive our Corvette we signed up for a 2:00 to 5:00pm Coach City Tour. They took us down St Charles Ave which was full of beautiful homes, churches of every denomination and colleges. This area of New Orleans did not flood during Katrina. Then they took us down to the French Quarter. From there they showed us some areas where the flooding took place and where there the concrete birm wall collapsed and what they have done to try and prevent the destruction from another hurricane. The Mississippi river never flooded during Katrina it was Lake Pontchartrain that did all the damage. We stopped at a Cemetery and Wolf our tour guide explained how the crypts worked and how they are owned by a family and how they keep adding bodies as family members die. They must wait one year and a day before they open the crypt to install a new body. If another family member dies before that year and a day they are put in the “oven” crypts along the outer wall until they can be placed in their crypt. Wolf said that the temperature can reach 350 degrees in the crypt during the summer. We were back to the hotel by 5:00pm with no Convention activities planned Wednesday evening we had a free night. There was also a Swamp Tour offered earlier in the day. We went out to eat that night with two other couples from Desert Corvette Association. Of all the places to go in New Orleans we went to Outback Steak house as it was close, within walking distance, and we did not need to Uber. We dodged the rain there and back. It rained often while we were there and the temperature was in the 90’s daily with dew points in the upper 70’s, but you make the best of it and dress appropriately. We were back to our room by 10:00 as we had a 9:00am start Thursday for the Riverboat Lunch Tour.

Thursday July 19th
As I said we signed up for the Riverboat Tour aboard the Creole Queen on the Mississippi. The buses arrived at the hotel promptly at 9:00am to pick up approximately 200 of us and bring us down to the Port. We boarded the Creole Queen and the cruise focused on the Battle of New Orleans. We stopped at the Jean Lafayette National Park and historical Chalmette Battlefield where we disembarked for an hour shore excursion with our tour guide, this was optional as you could stay on the boat and enjoy the buffet which consisted of Caesar Salad, Cajun Seafood Pasta, Red Beans & Rice, Creole Chicken & Andouille Sausage Gumbo, Creole Jumbalaya with Corn Bread and White Chocolate Bread Pudding with Whiskey Sauce to top it all off. It was a special tour with lots of sights. The tour was from 10:00 to 1:00pm and we were all back to the hotel by 2:00pm. One last time up to the Hospitality room to catch up with old friends and then one more time through the Corvette mall where they started selling shirts for next year’s Convention being held in Denver, Colorado. Back up to our room to get ready for the “Grand Masquerade Ball” with the band “The Boogie Men” that started at 7:00 and went until 11:00. There were awards for best dressed male & female and a table decorating contest. There was an a la carte menu of: Chicken Strips with dipping sauce, assorted Finger sandwiches, Chicken & Andouille Jumbalaya, Red Beans & Rice, Housemade Bread Pudding with Carmel Rum Sauce and Traditional King Cakes. Lots of dancing and visiting with old and new friends from Desert Corvette Association, Windy City Corvettes and many other clubs. Back up to our room to get some rest for tomorrows 9:00am start.

Friday July 20th
The Elegant Finale & Jazz Champagne Brunch which started right at 9:00am with awards starting at 10:00. The buffet consisted of: Fresh Fruit, Eggs Benedict, Shrimp & Grits, Country Fried Ribeye steak, Cajun Hash browns & Creole Scramble along with a Waffle Station & Chefs Beignets. The awards program was over at 12:00 noon. Laurie checked at the hotel front desk and got a late check out for 3:00pm as our flight did not leave until 7:15. We got everything packed and came down to the lobby by 3:00 and saw more friends from different clubs and then called for our Uber ride back to MSY, Louis Armstrong Airport, around 4:00 for our flight back home. As you have read this you get a feel that NCCC Conventions are a BLAST, and they are. Lots to do whether you drive your Corvette or not and no shortage of great regional food to keep you going. Tons of great friends to see and make new ones, we highly recommend it if you get the chance.
Laurie & Scott
COM & NCCC members

Click on image below to launch the slide show! 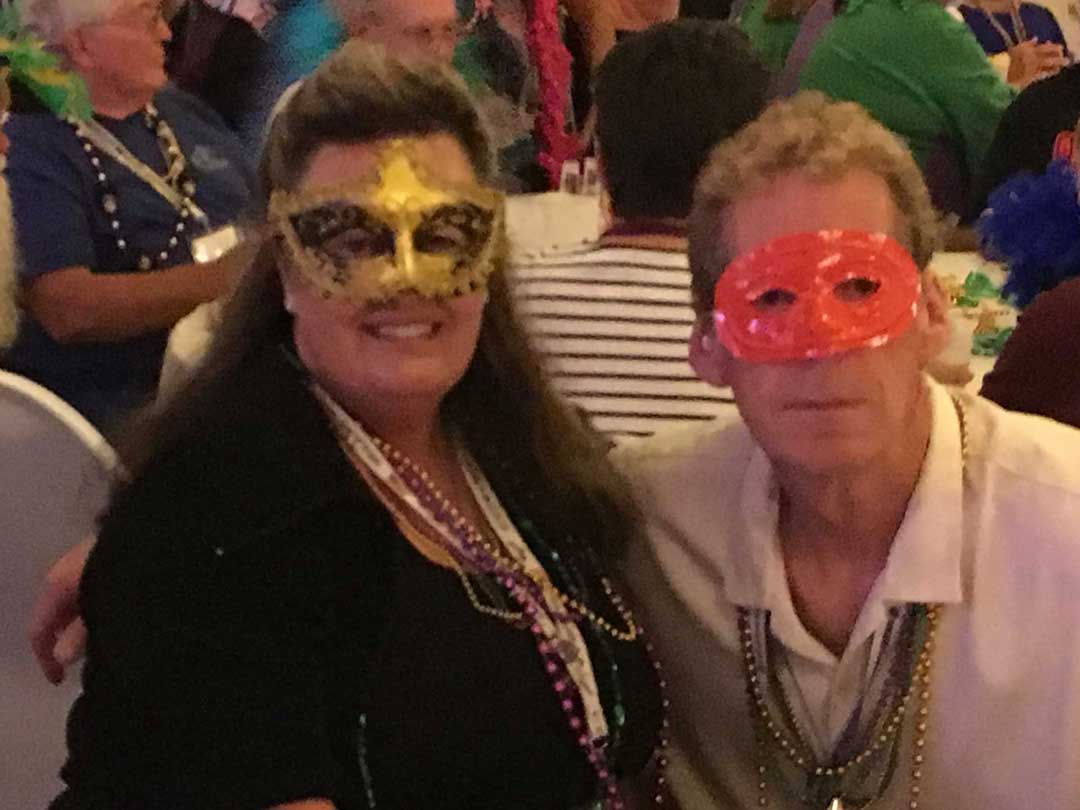 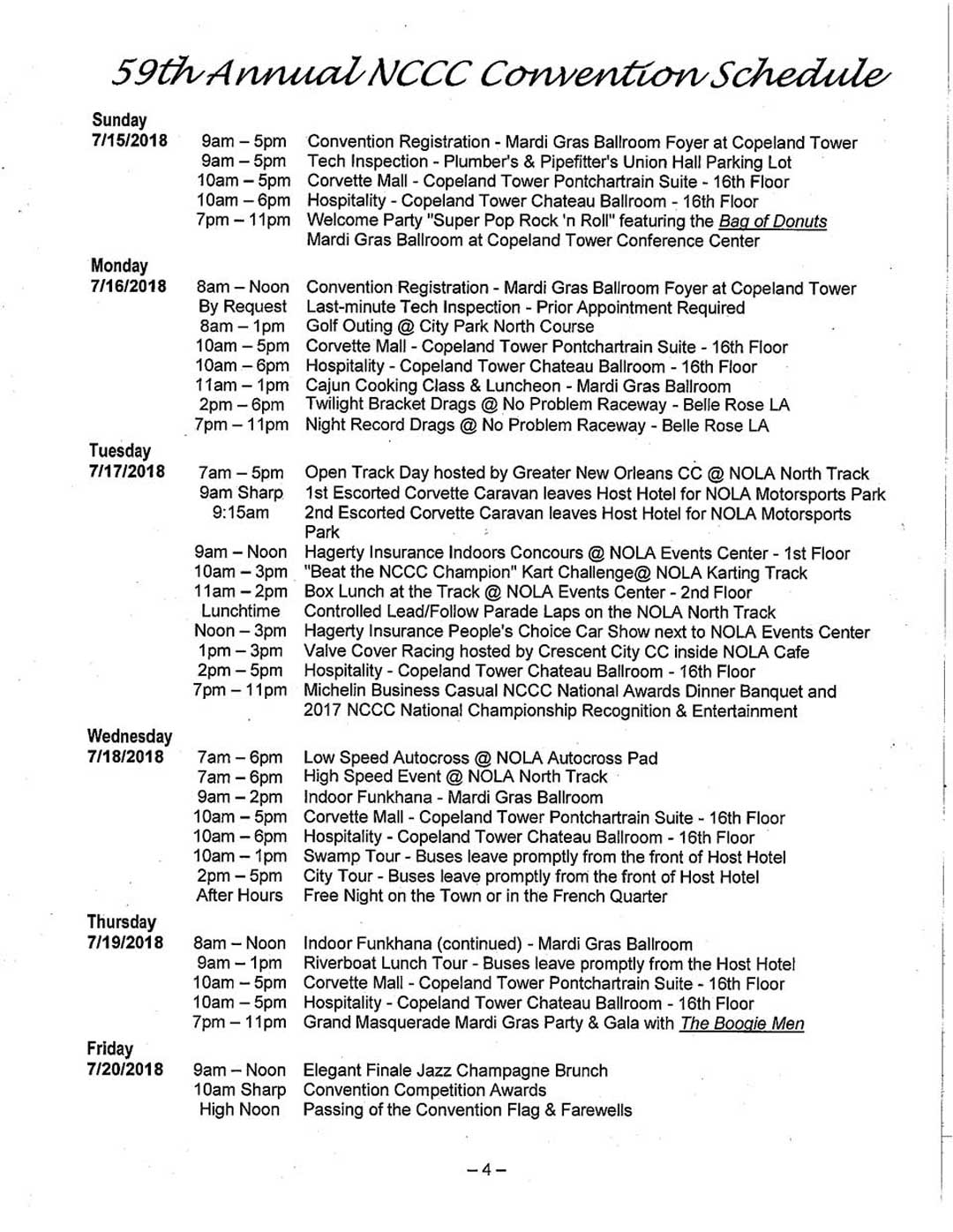 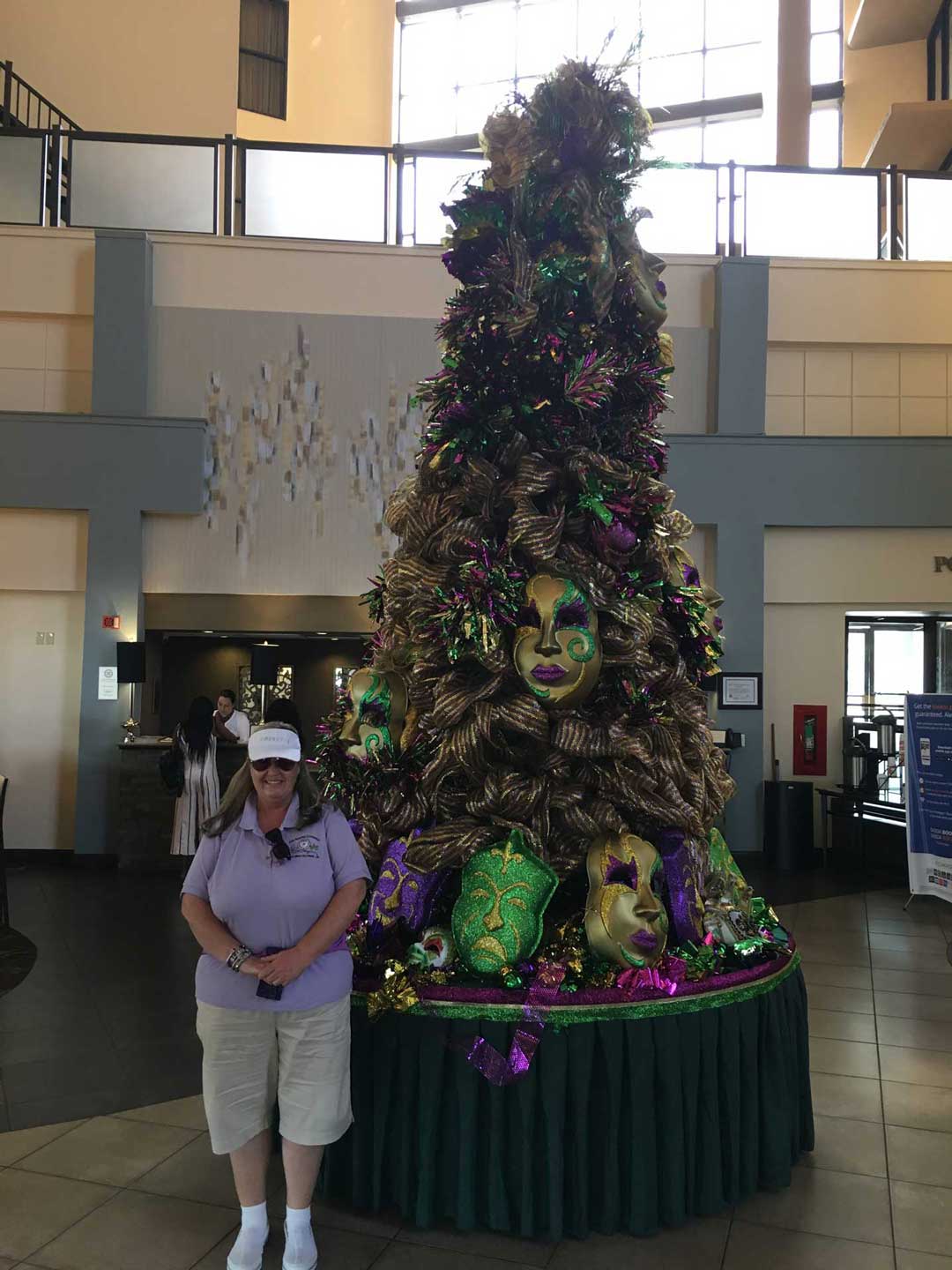 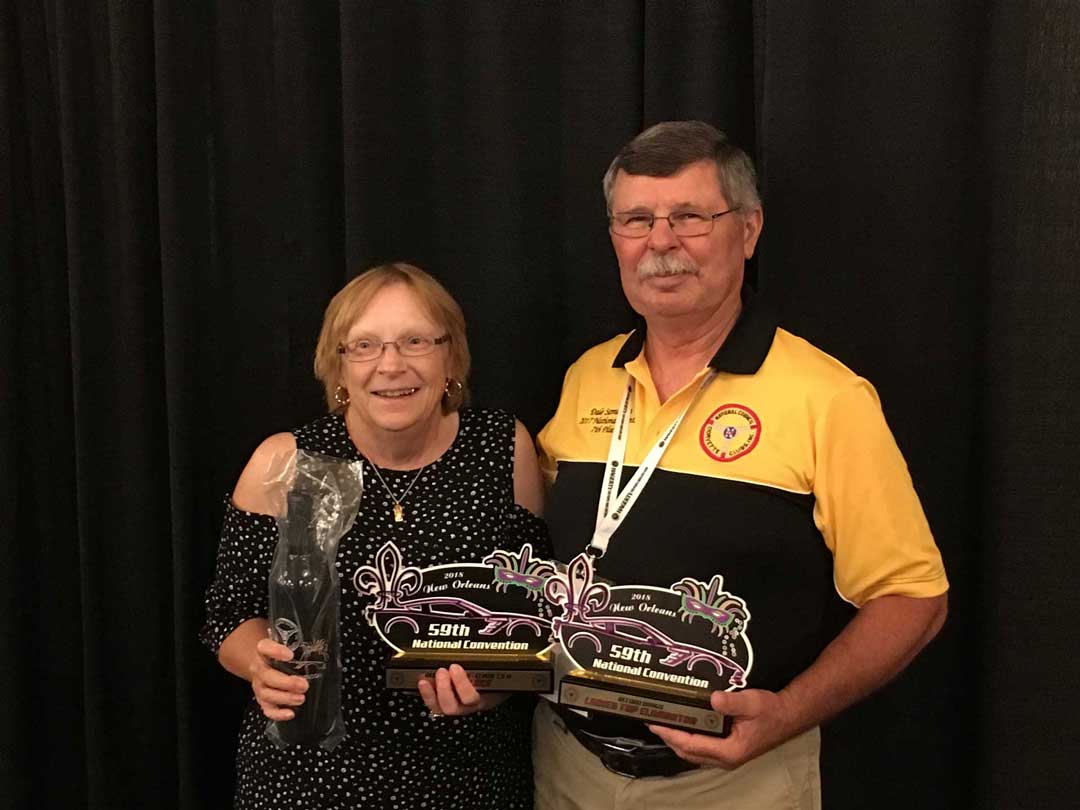 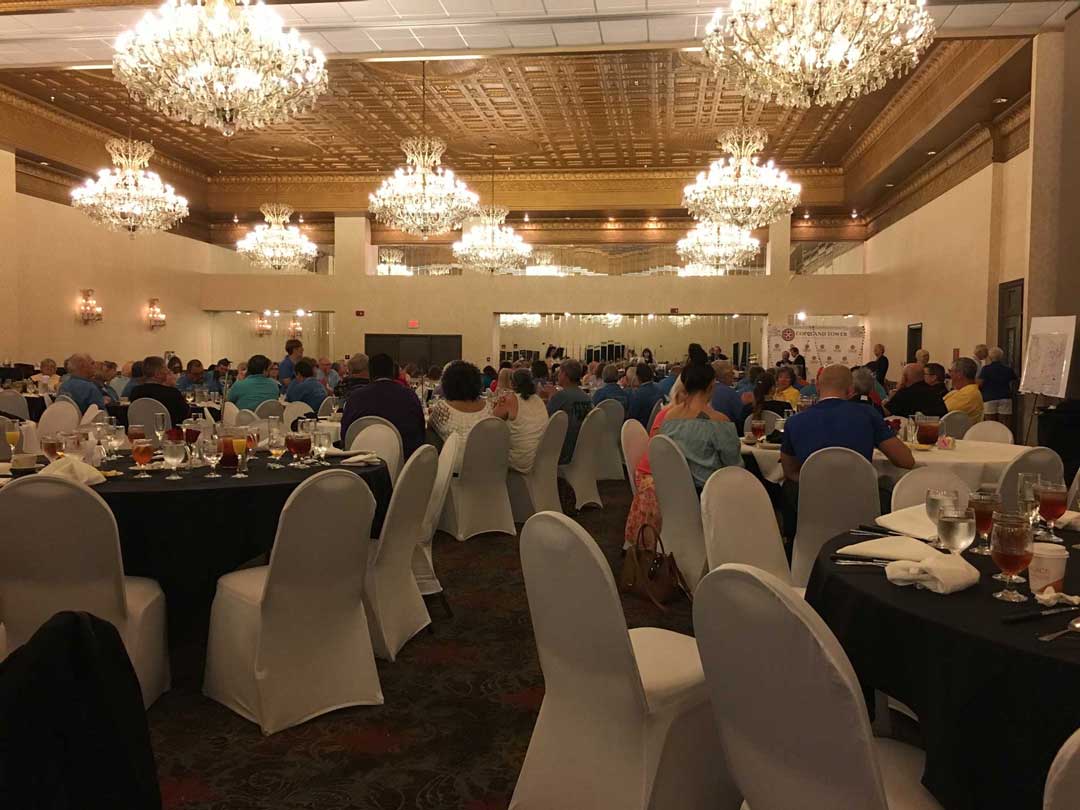 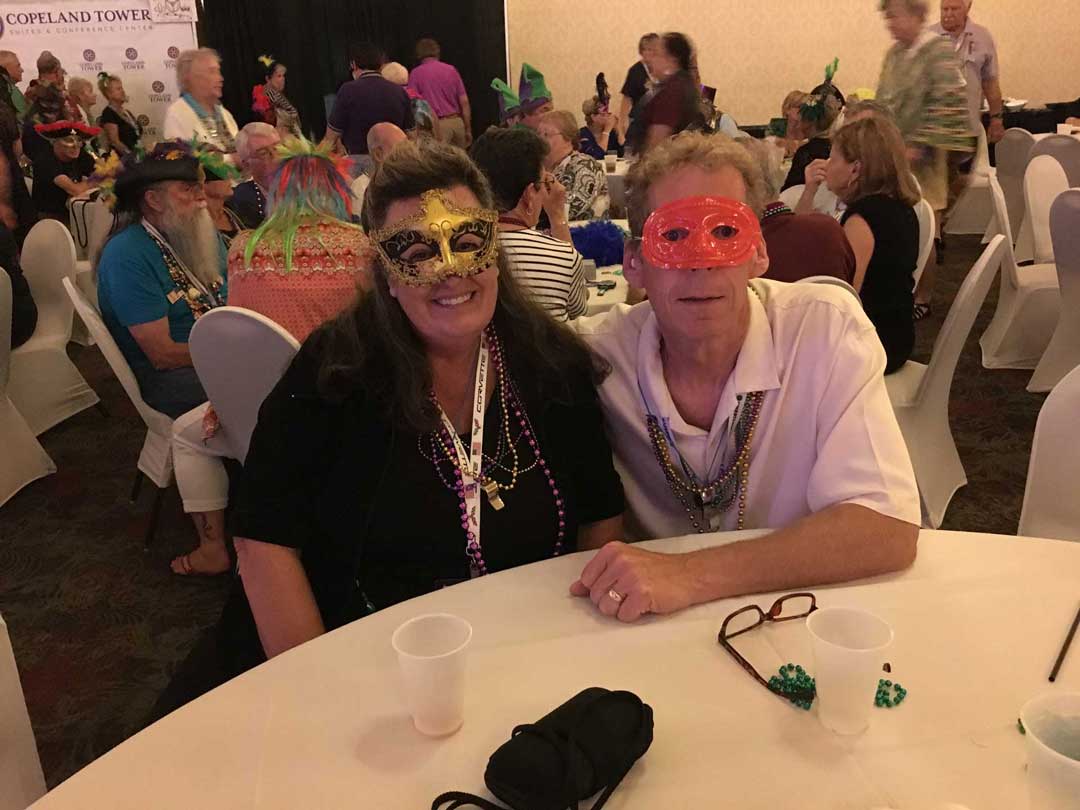 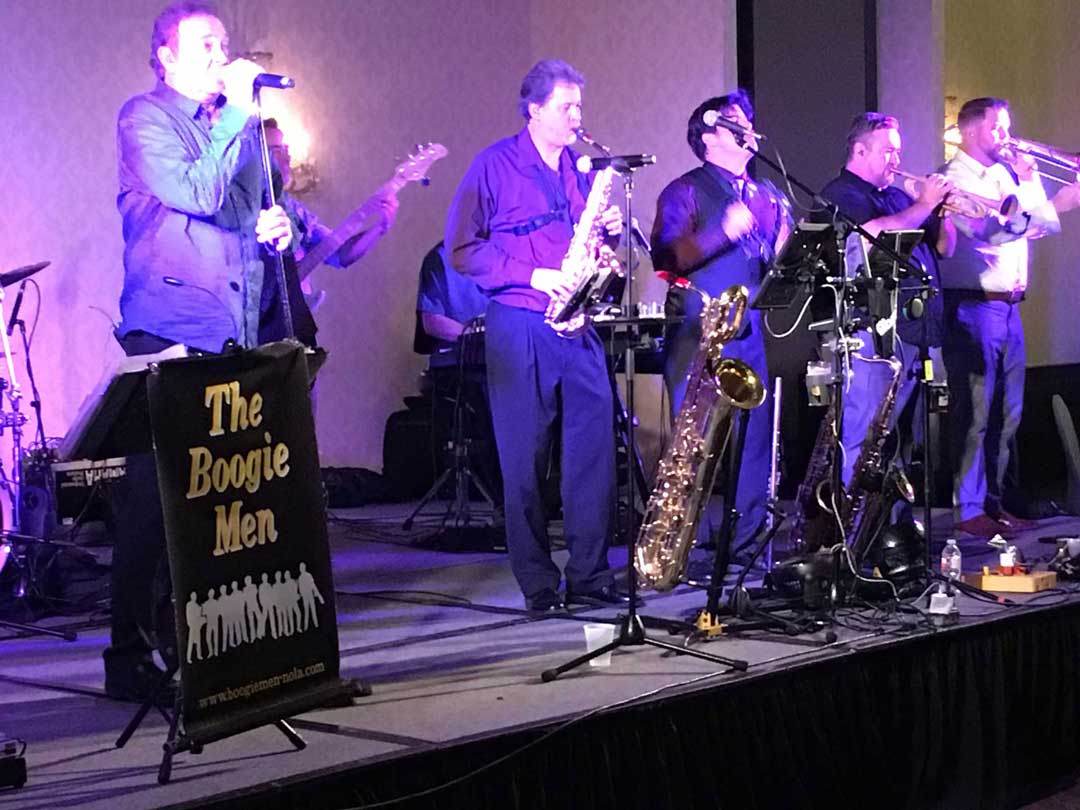 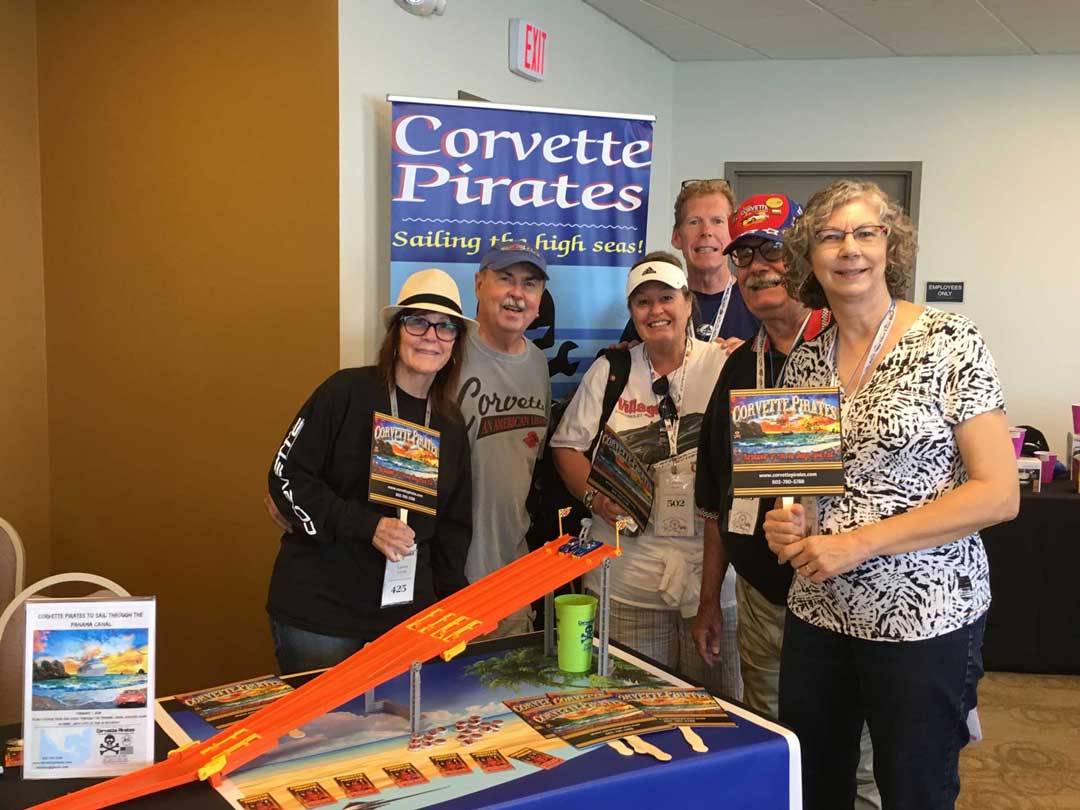 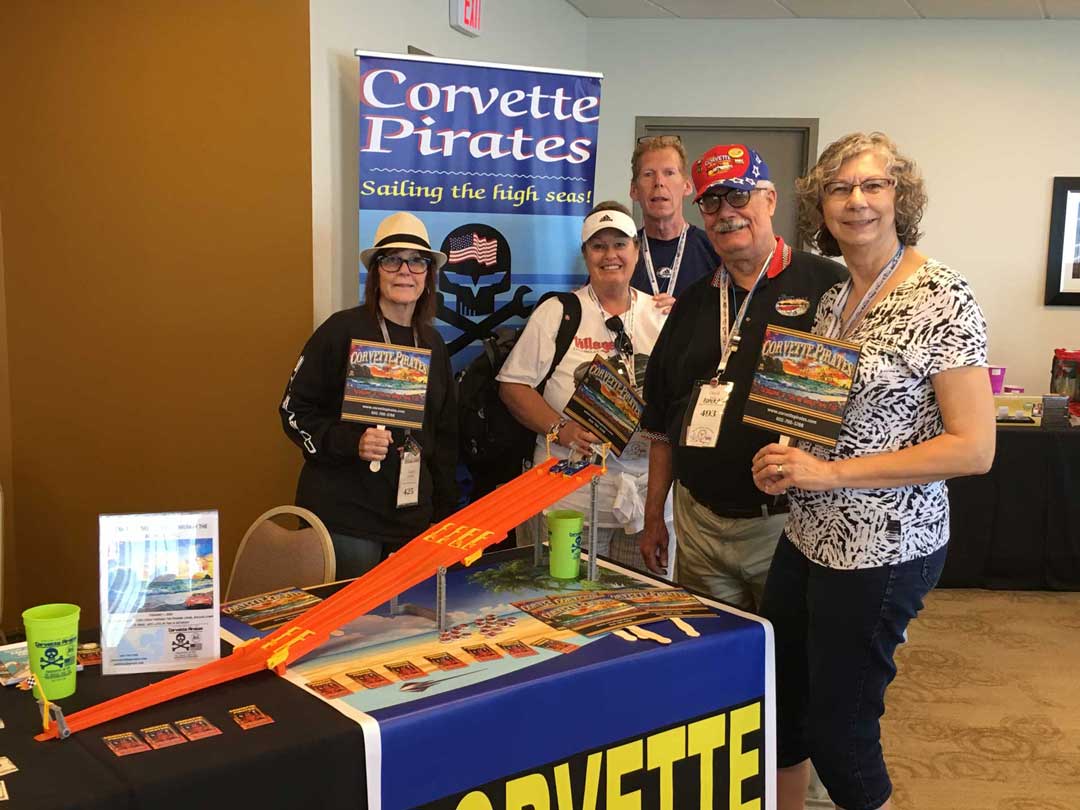 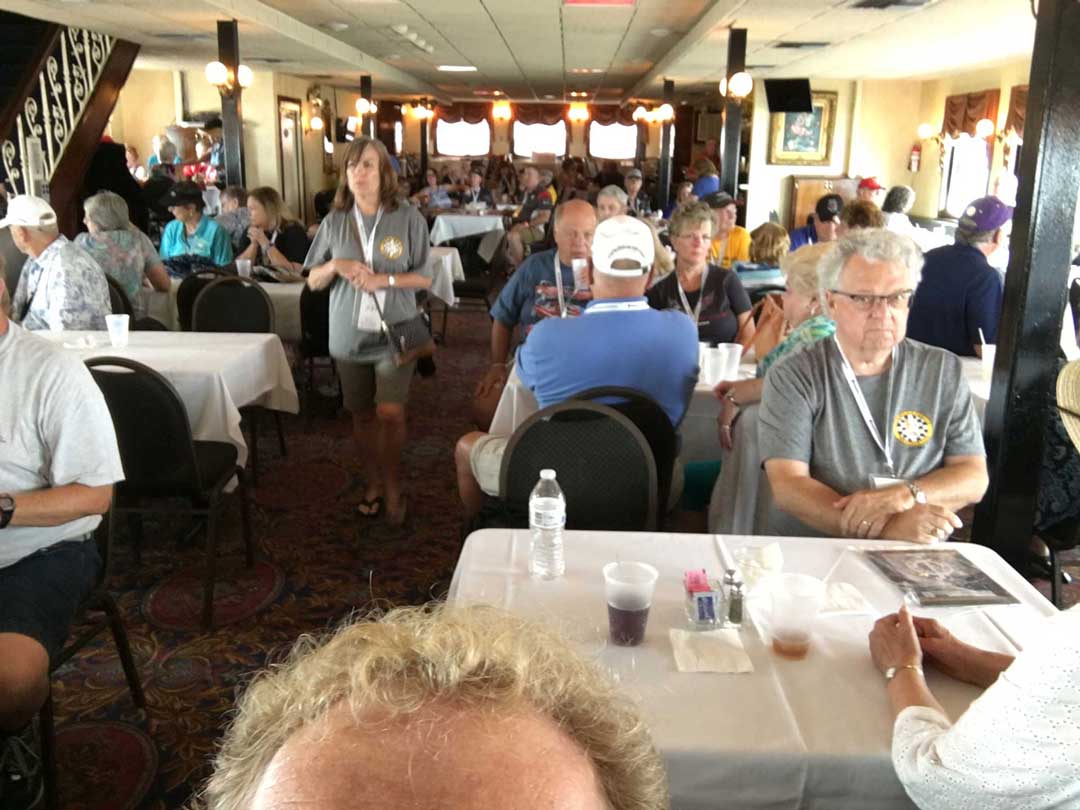 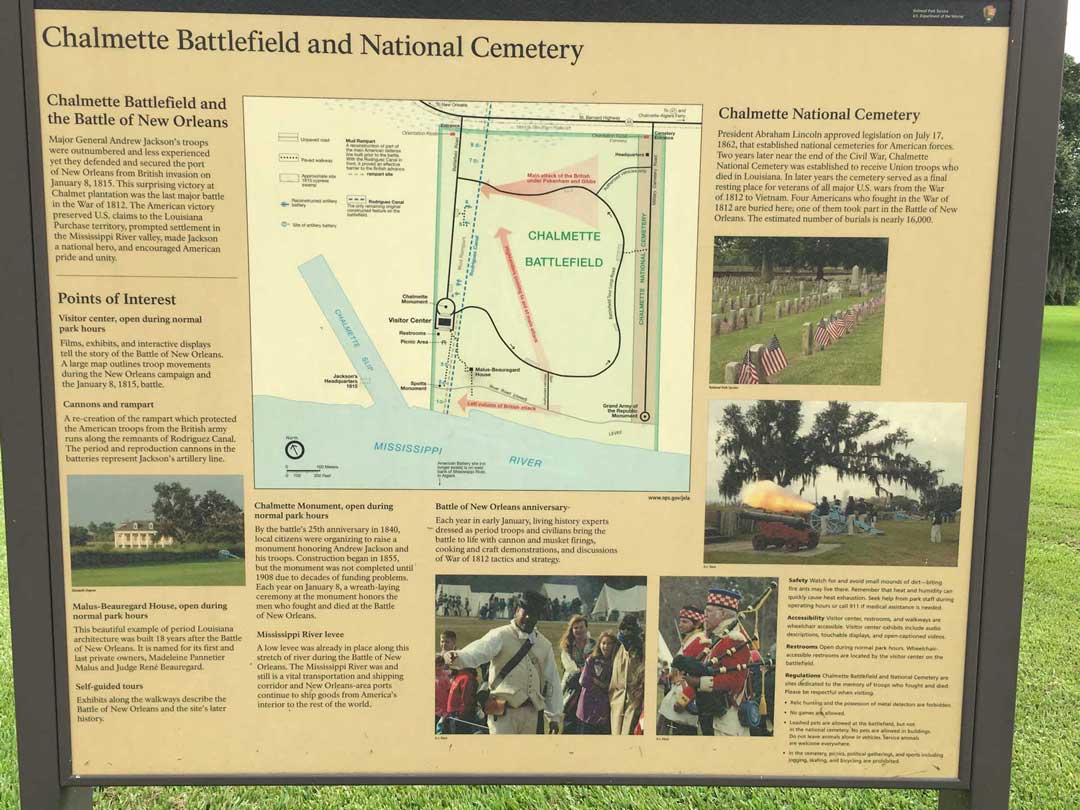 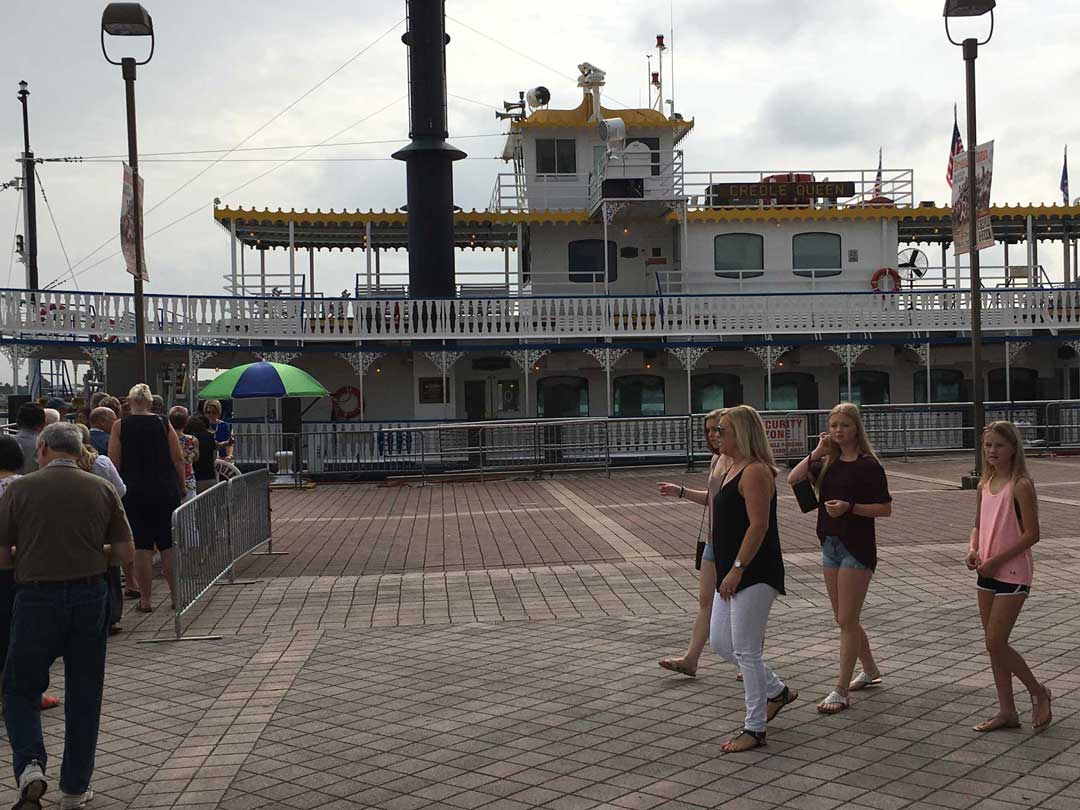 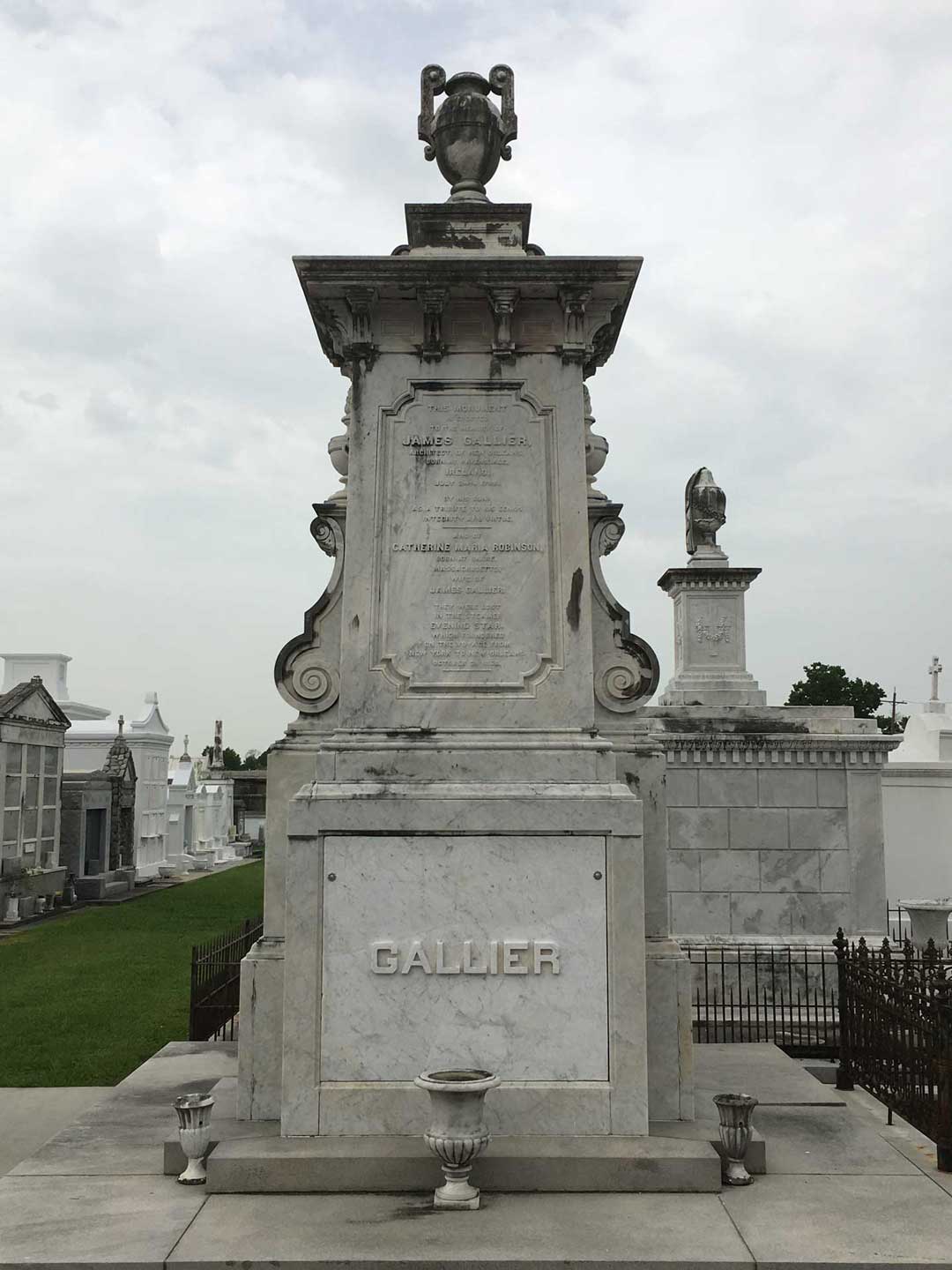 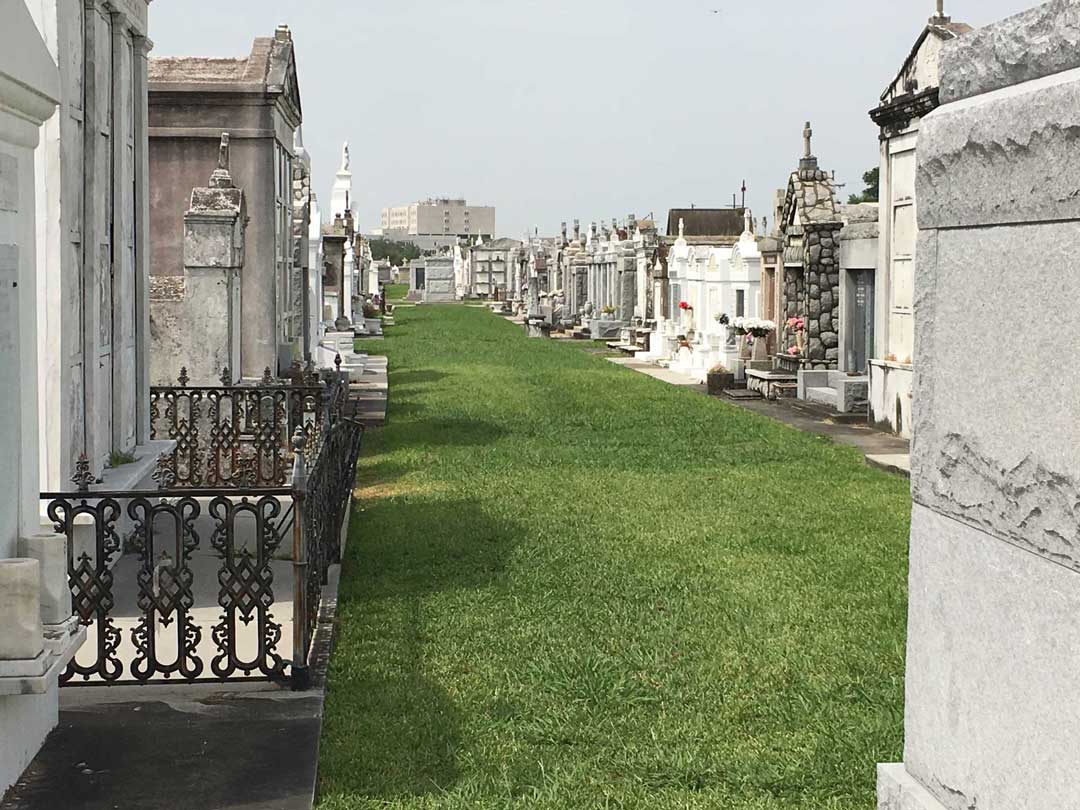 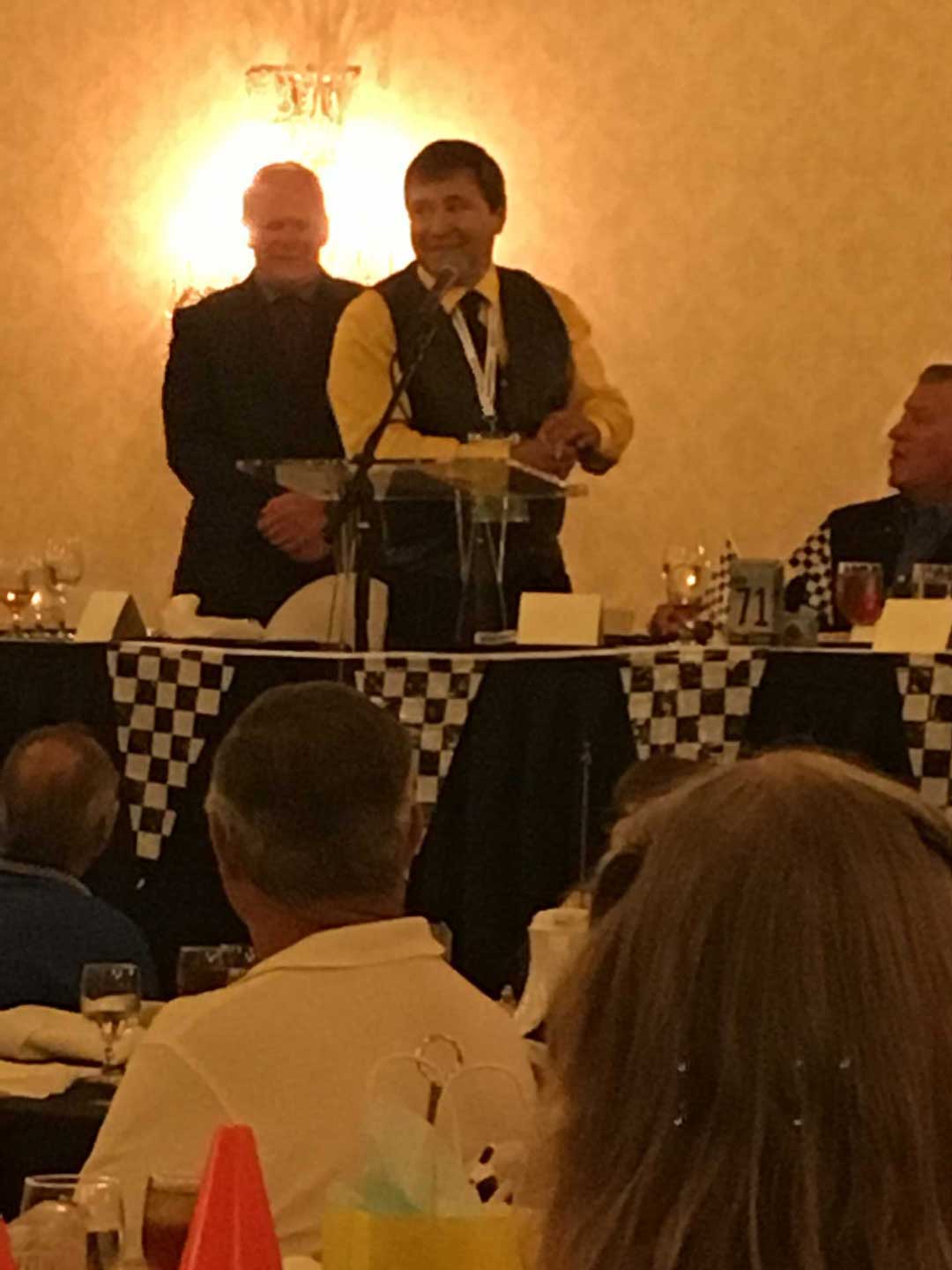 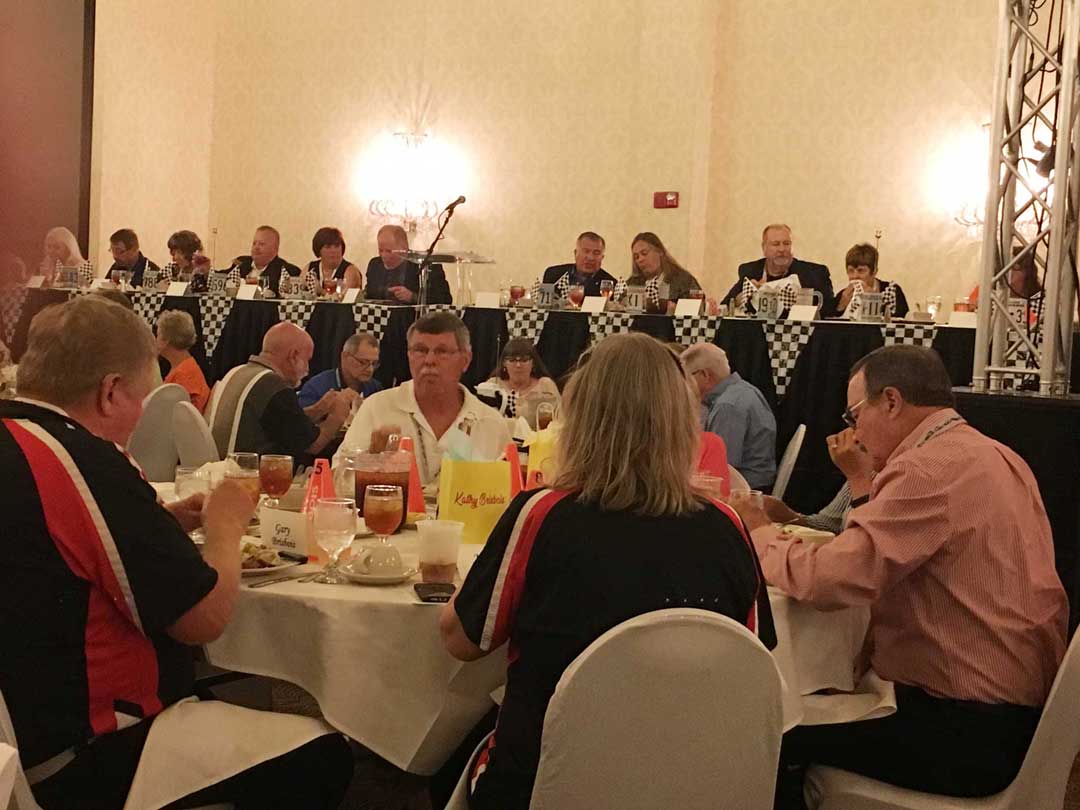 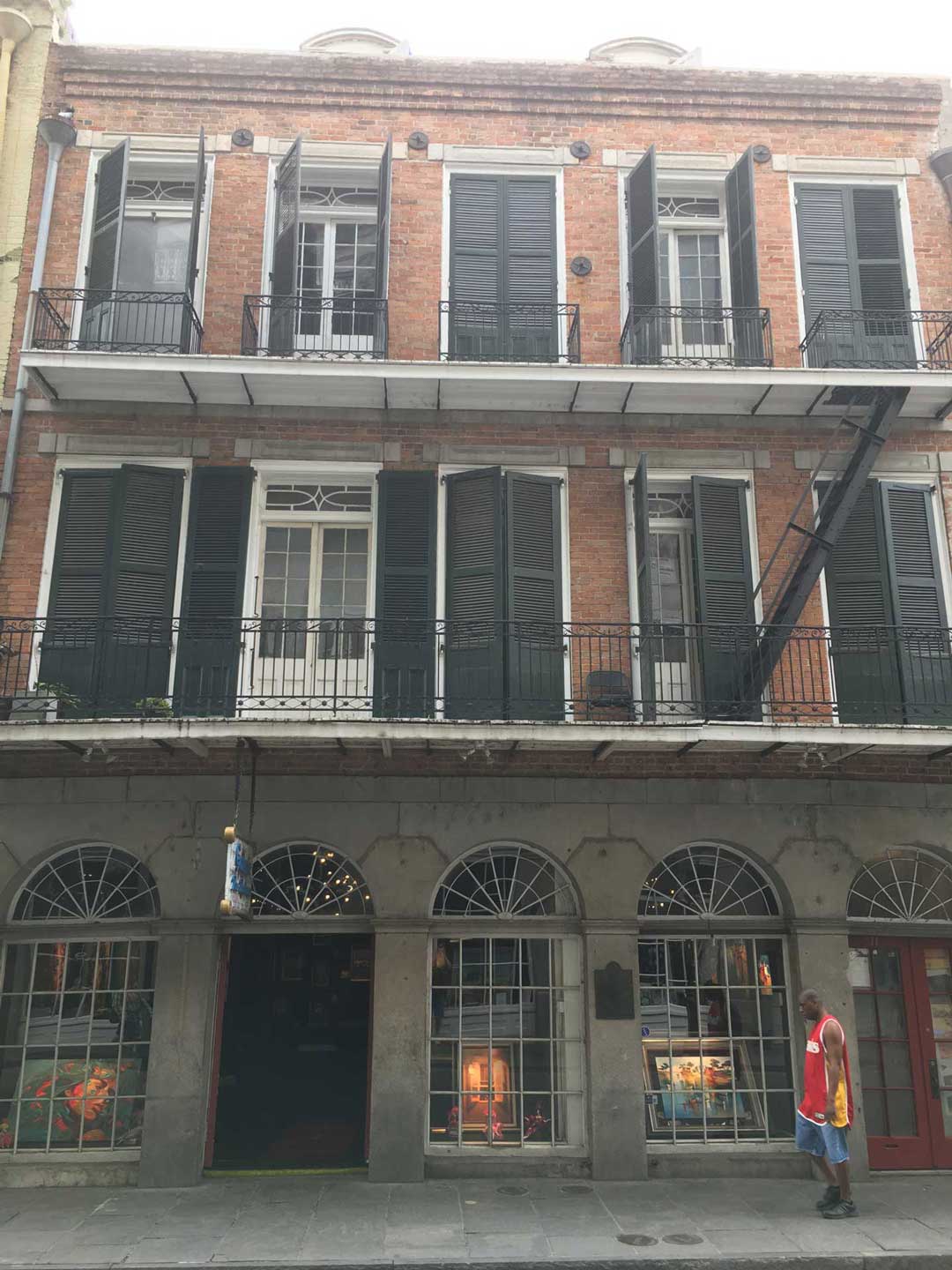 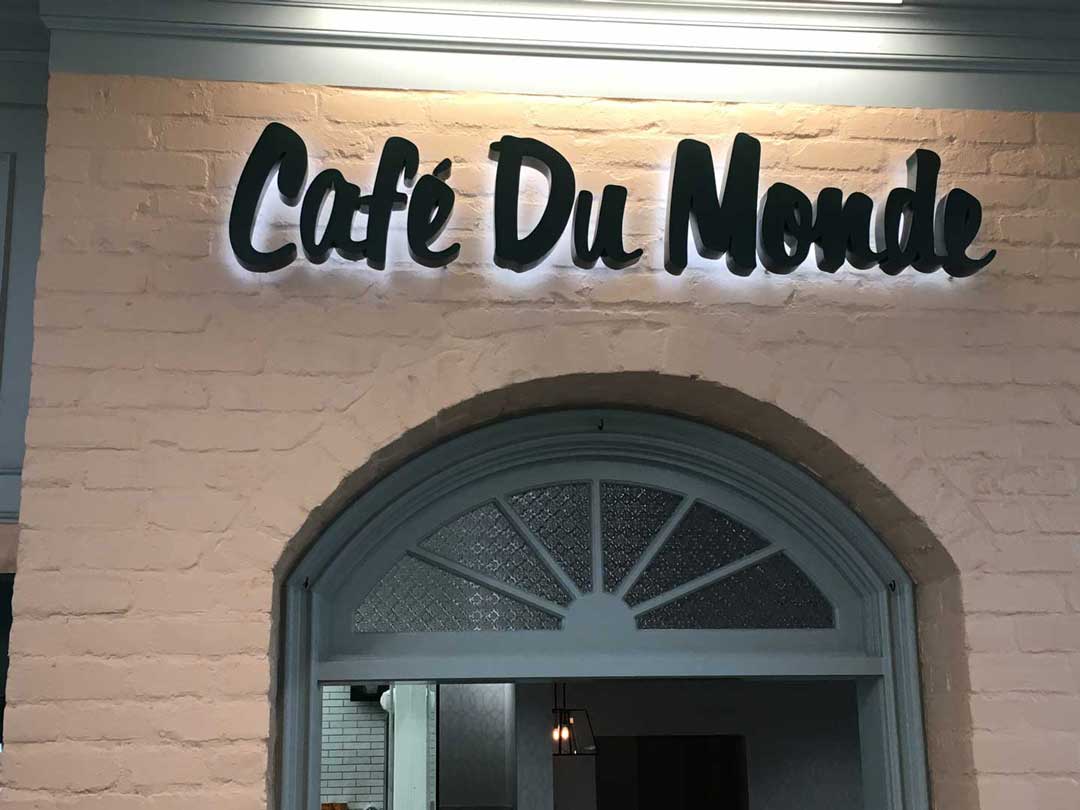 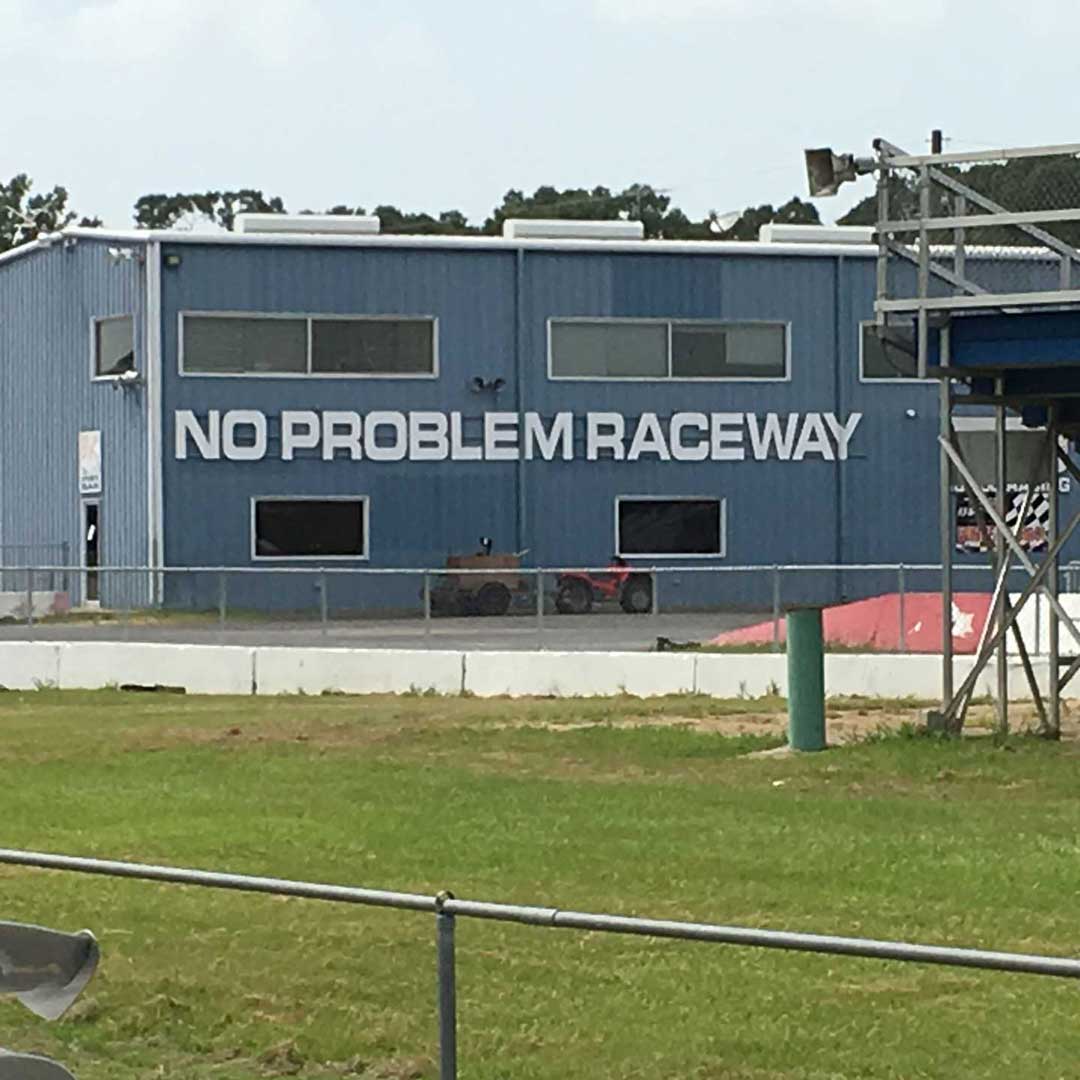 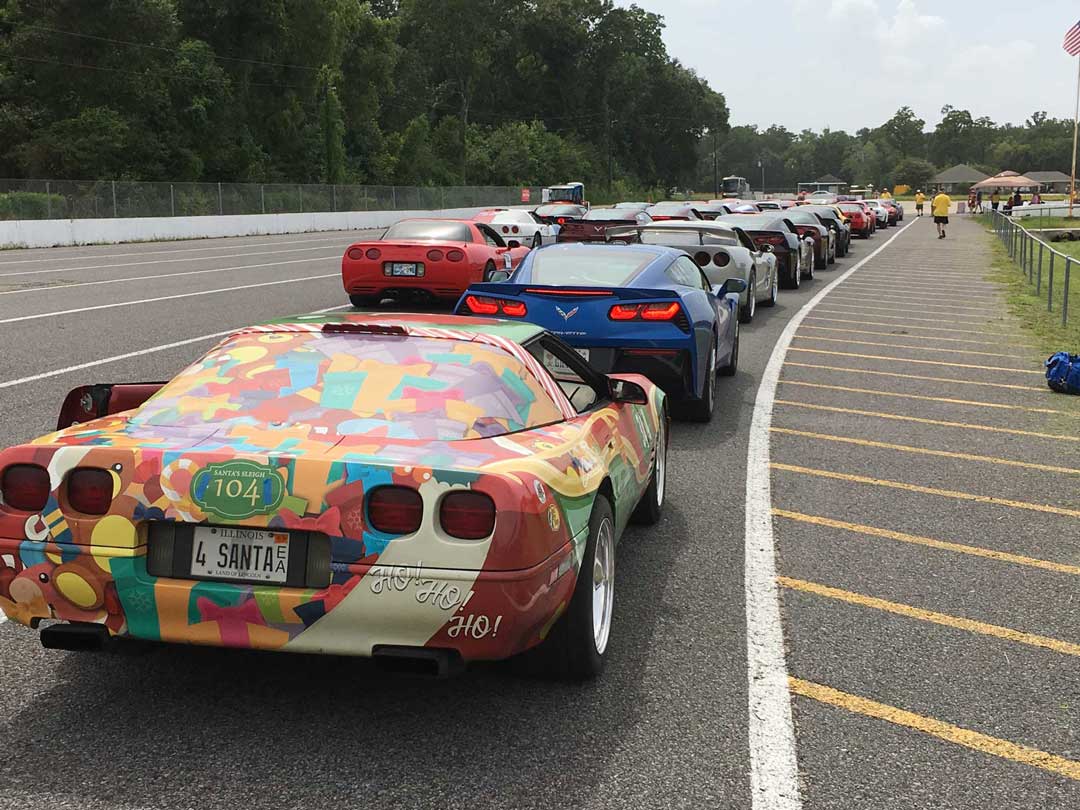 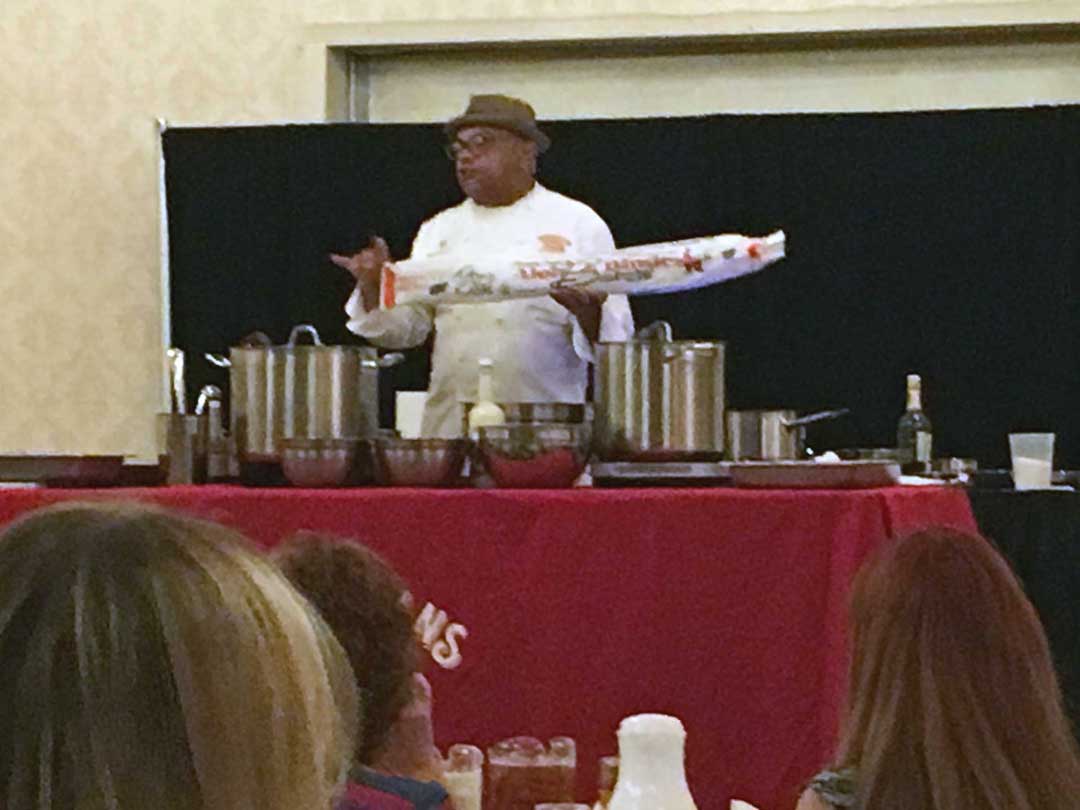 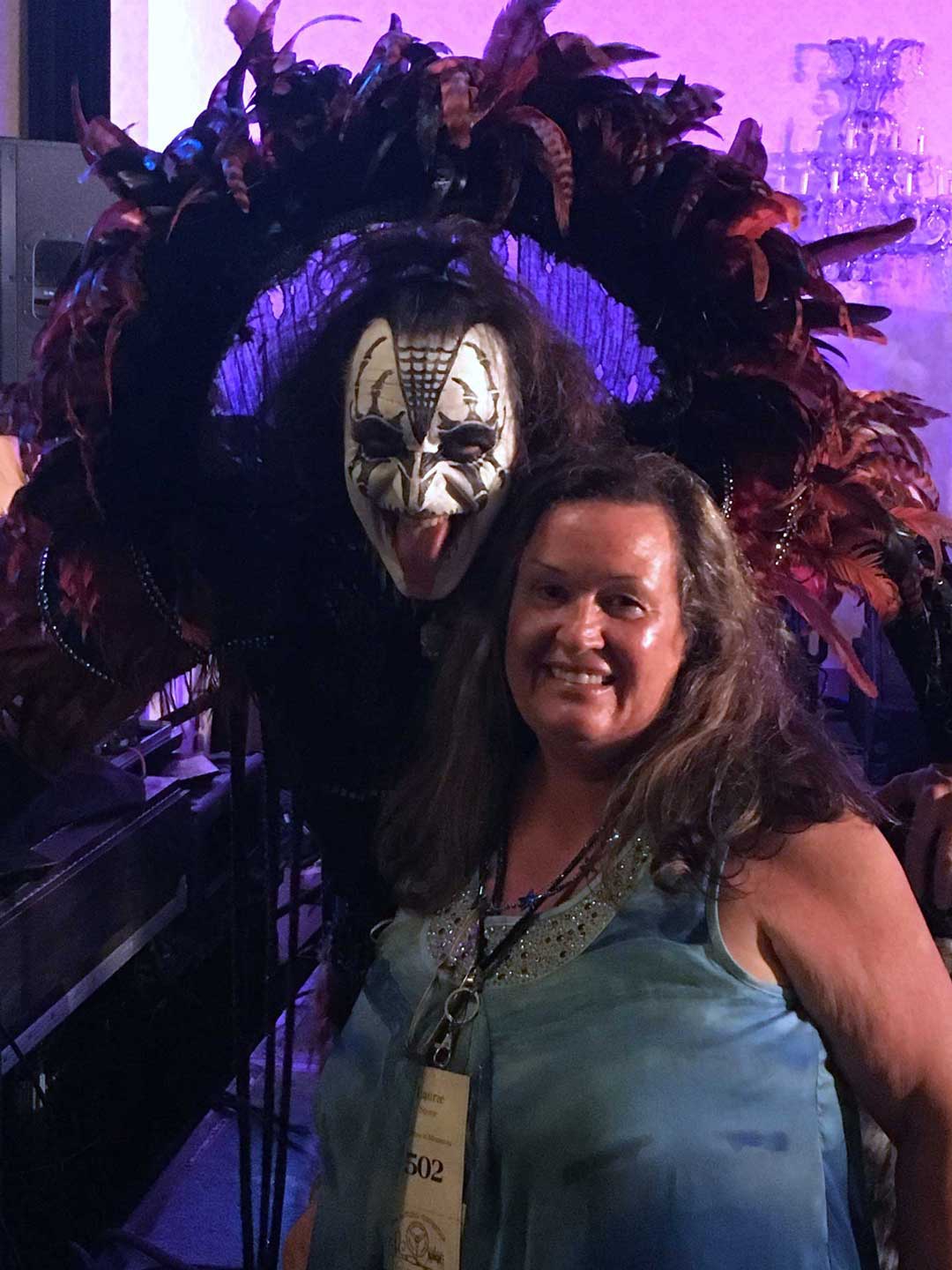 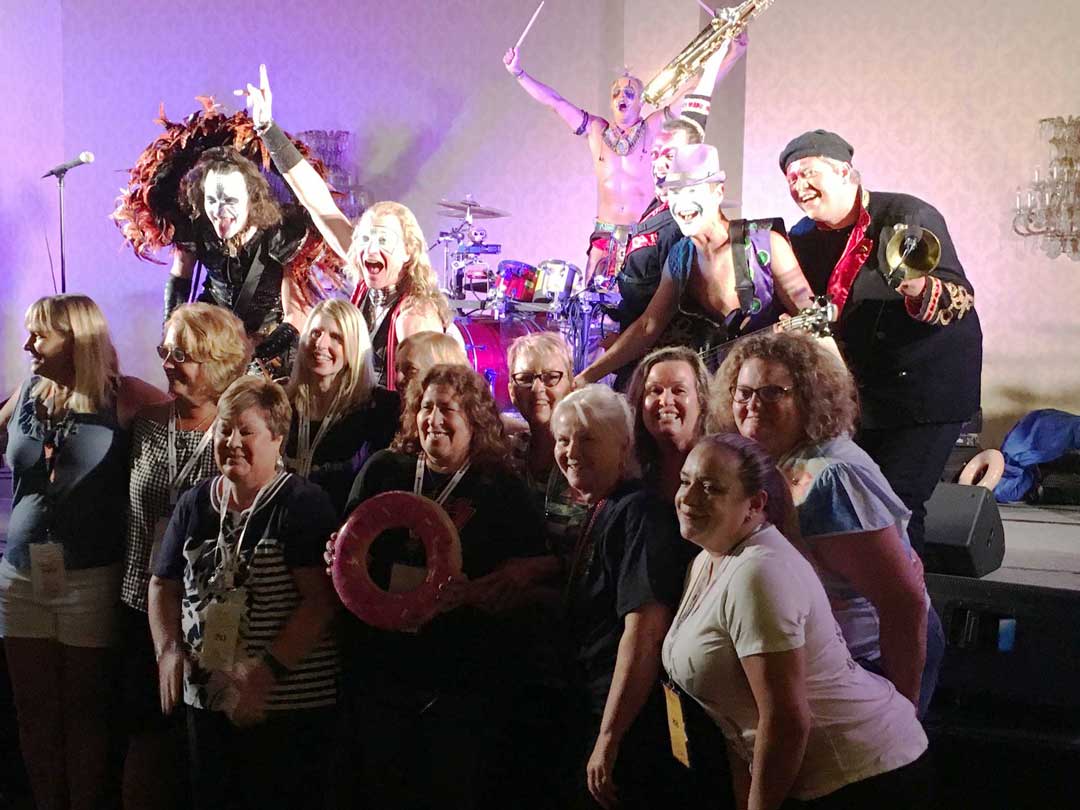 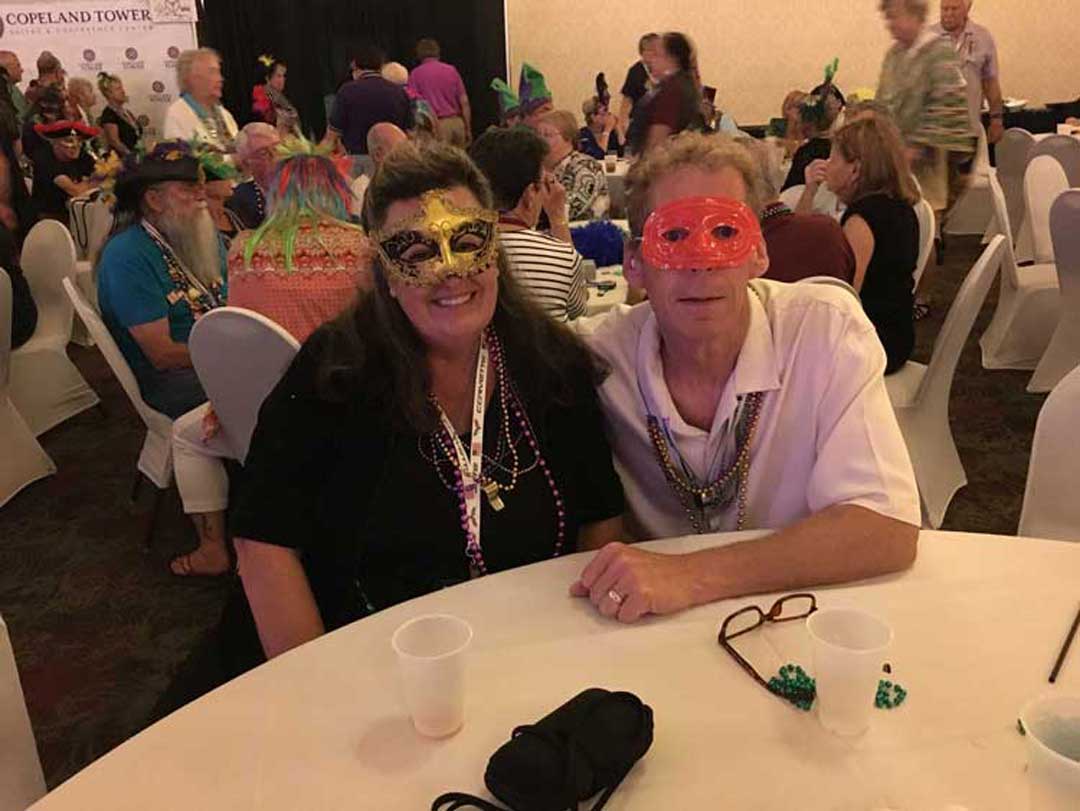