Trip of a Lifetime

Trip of a Lifetime
With my career at Northwest Airlines coming to an end this summer (2005), I knew this would be my last chance to have a guaranteed free ride in the flight deck (we can’t call them cockpits anymore—some sort of PC stuff) of an A330 to and from Paris. So, if I was ever going to see the Le Mans 24 hour race in person, this had to be the year. Additionally, I knew I could count on the assistance of my good friend Bob Kosky, a member of the Nord Stern chapter of the Porsche Club of America, for some significant help in making this trip a success. Bob has manned the flagging station at the end of the famed Mulsanne straight for 10 straight years now. For this he receives no pay, but is given two free tickets to the race and a car pass that lets you go and park just about anywhere you want. Bob also was able to assist in finding a place to stay and gave me some of the best advice possible, come to France early and stay for the whole week leading up to the event. Boy, was he right on the money with that!
Now all I needed was a travel partner. Who should step up but that noted curmudgeon and Porsche driver, who never misses one of our events, Dick Beers. We made quite a pair, Dick who is very proud of his ponytail and me with my bald head. Anyway, planning began in March and by early June we had a place to stay, train tickets, a rental car reserved at the Le Mans train station, and tickets and a guide waiting for us when we got there.

Dick and I met in Detroit on Sunday, June 12th . Our flight landed in Paris on Monday morning and we caught our train from the airport directly to Le Mans. After some language issues, we were able to find our rental car, a Peugeot C-4, (yup the French have a C-4 also) and then found our way through the narrow streets of Le Mans to the home where we would be staying. Driving in European cities can be a daunting experience at first. Very narrow streets and unfamiliar signage are just some of the challenges. I’m proud to say by the time our week in France was over I was doing a pretty good job of keeping up with the locals. The French family we lived with for the week spoke very little English, but proved to be fantastic hosts

Tuesday was spent scouting out our route to the track and gave us the opportunity to drive about 70% of the 8.3 mile Le Mans racecourse, since much of the course uses public roads that are closed only for practice and the race. We hit 102 (kilometers/hour) on the Mulsanne straight and practiced our downshifting techniques going into the Indianapolis curve. What a thrill. Tuesday afternoon was spent in a city park in the center of town where tech inspection takes place. Missed the Corvette team–they teched on Monday, but got to see the Audi R-8 and the Austin Martin DBR-9s up close and personal. Later we met with Kosky and friends, got our tickets, and helped them set up their campground next to their flagging station.

Thursday included an emotional trip to Normandy, Omaha Beach, and the huge American cemetery located there. It was gratifying to see busloads of French school children visiting the site. That brings up a good point—we never encountered any hostility towards Americans on the whole trip. Maybe they thought we were Brits, which the French aren’t suppose to like very much either.

Thursday night, more viewing of practice from the flag station. On both nights, after it got dark, we were allowed to go right up to the Armco next to the track, which is a rush to say the least!!t 102 (kilometers/hour) on the Mulsanne straight and practiced our downshifting techniques going into the Indianapolis curve. What a thrill. Tuesday afternoon was spent in a city park in the center of town where tech inspection takes place. Missed the Corvette team–they teched on Monday, but got to see the Audi R-8 and the Austin Martin DBR-9s up close and personal. Later we met with Kosky and friends, got our tickets, and helped them set up their campground next to their flagging station.

It rained all day Wednesday but this gave us an opportunity to scout out the inside of the track, including complete access to the pit area and the main straight since few people were out and about. That evening we watched evening and night practice from Kosky’s flag station. Quite a site to see those rooster tails from cars streaking down to the end of the Mulsanne straight.

The highlight of Friday was the “Parade des Pilots” where all the drivers participate in a huge parade in downtown Le Mans by riding in the back of antique cars. One of the hits was the privately owned Corvettes that were allowed to be part of the parade. I counted 16 C-6s, all of which sported European plates. The French crowd ate this up. GM’s efforts to expose and market the Corvette in Europe appear to be wildly successful, from what I saw.

The 24 hour race on Saturday and Sunday is what we came for and we were not disappointed. The weather was very hot and the crowds were huge, but we were able to view the race from several different venues thanks to our tickets and car pass. Watching the start from the Dunlop grandstand and the Corvettes performing their pit stops at night were highlights for me. We watched the end of the race with all our new friends at the flag station, which made for an easier departure when the race was over.

As I hope most of you know, the new Corvette C6R’s triumphed over the wickedly fast Austin Martins in a race that was a nail biter well into the 23rd hour. The top Corvette also finished 5th overall—the best Corvette finish in history at the Le Mans 24. In summary, Bob Kosky’s advice and assistance proved to be invaluable and Dick Beers proved to be the perfect travel partner. If you ever consider making the trip please look me up —I’ve got all the maps and a lot of first hand information which will make your experience as enjoyable as mine was.

Click on image below to launch the slide show! 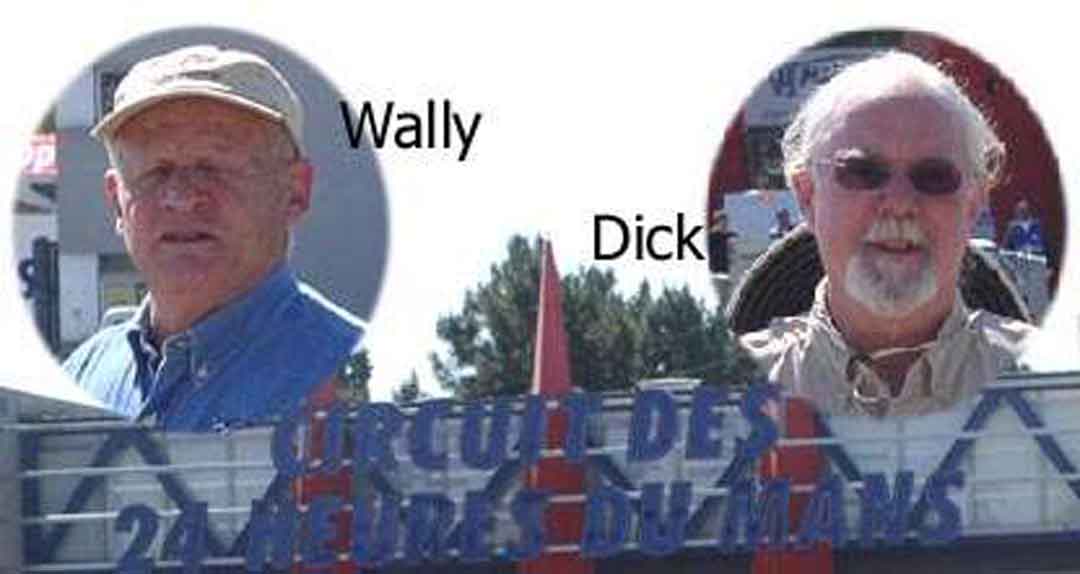 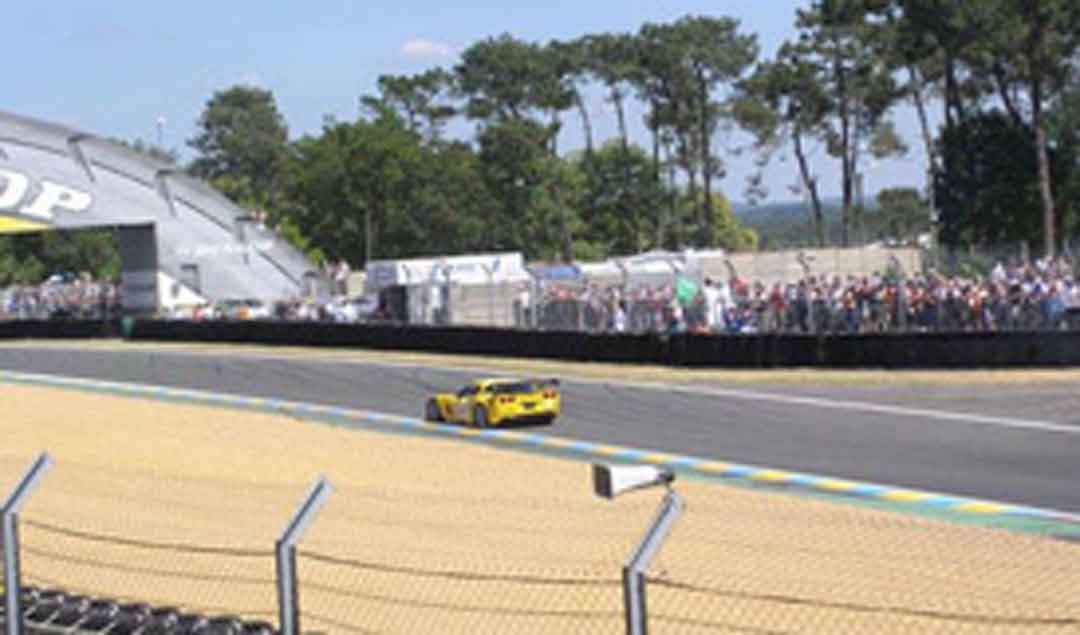 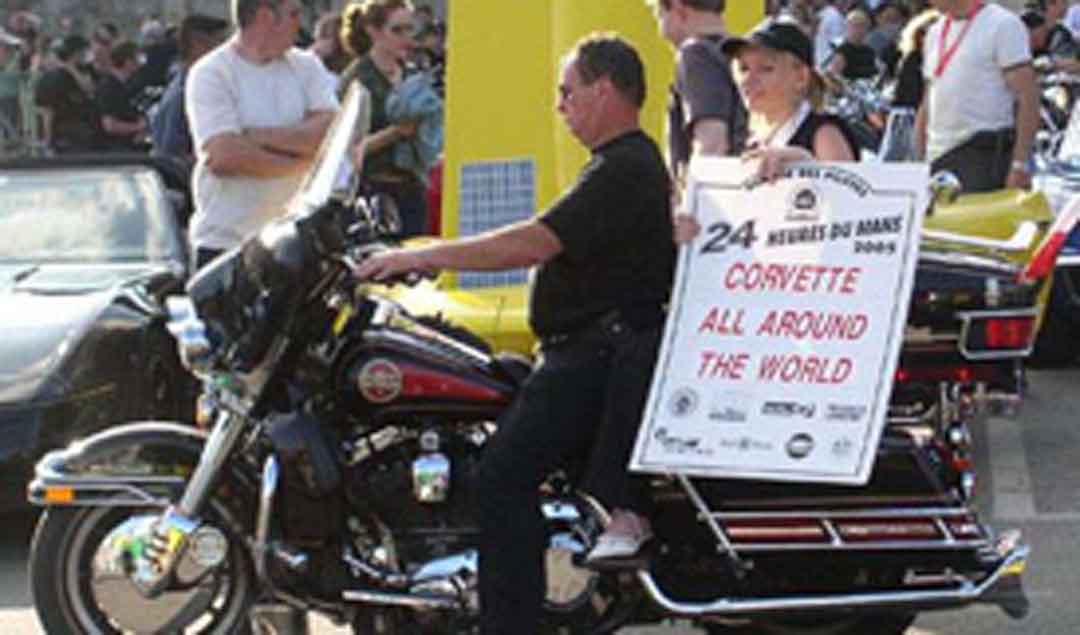 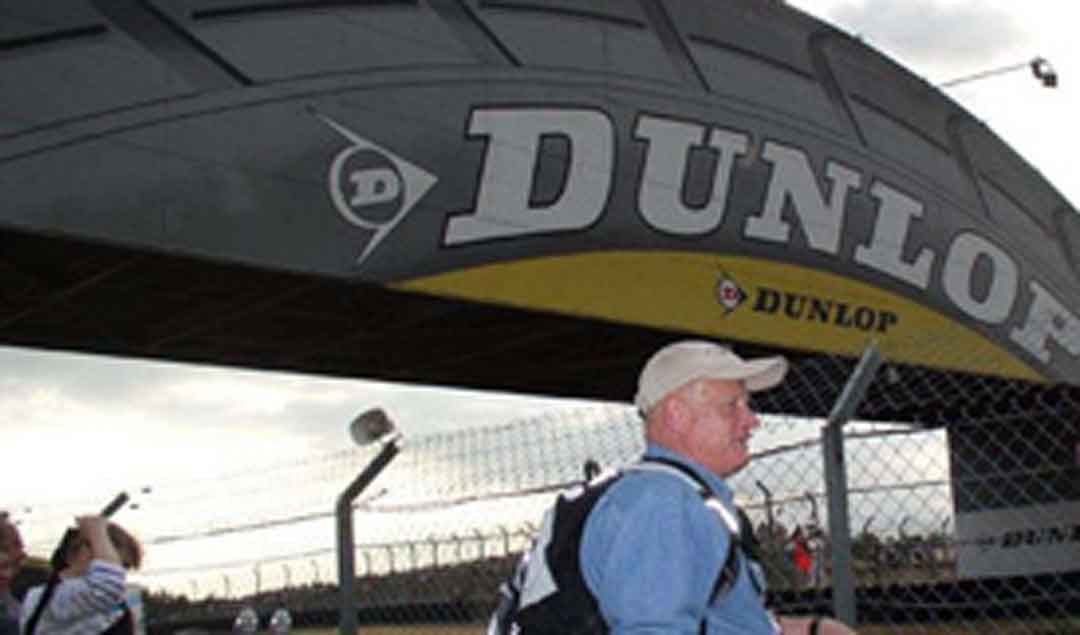 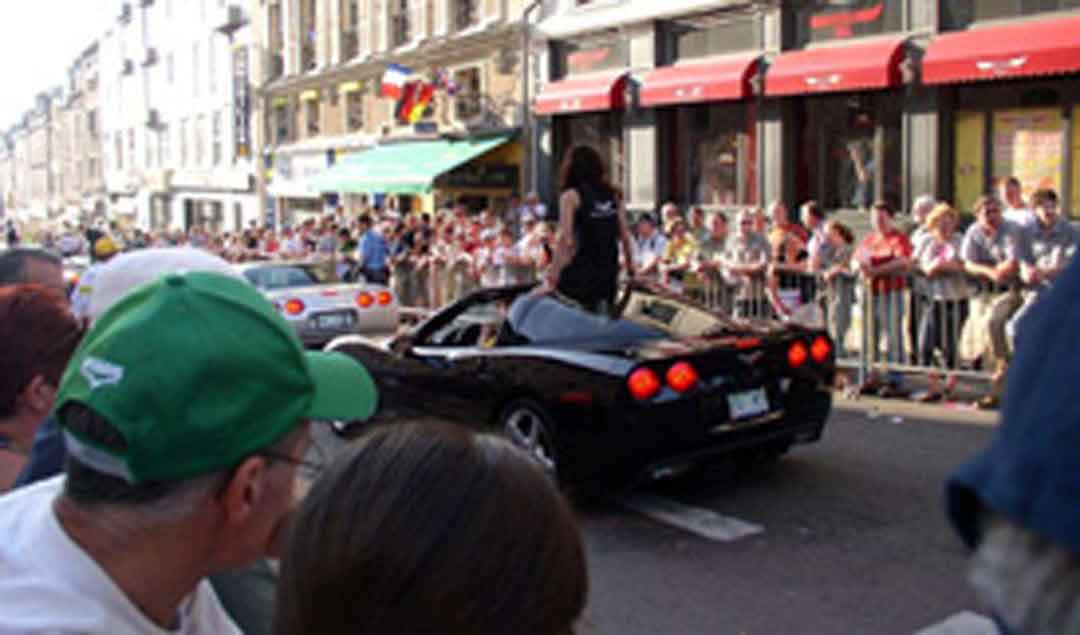 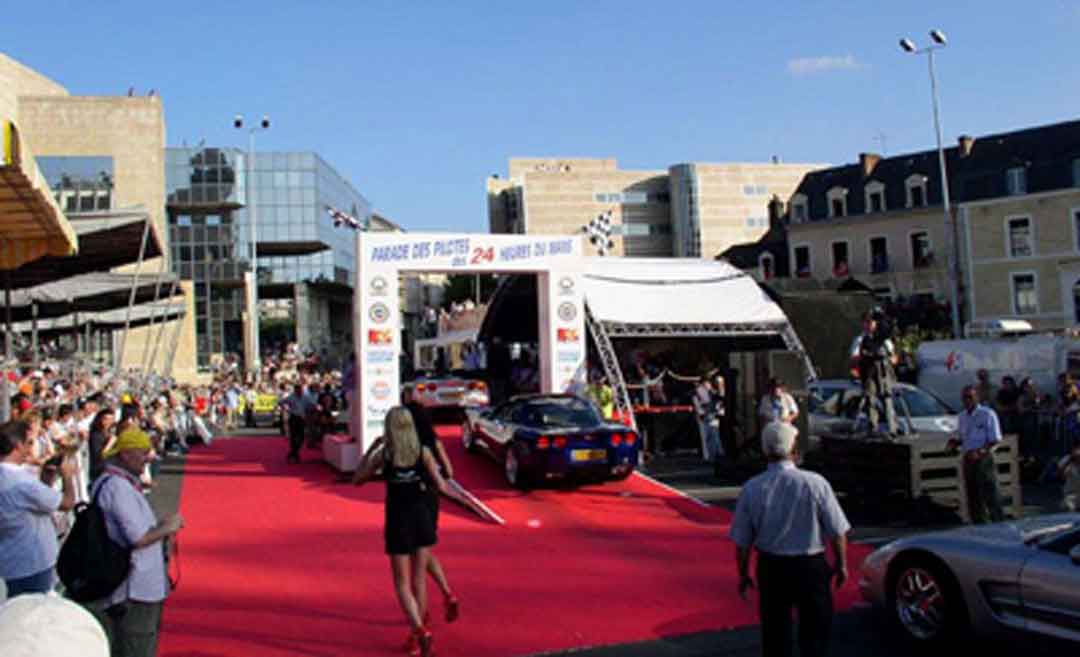 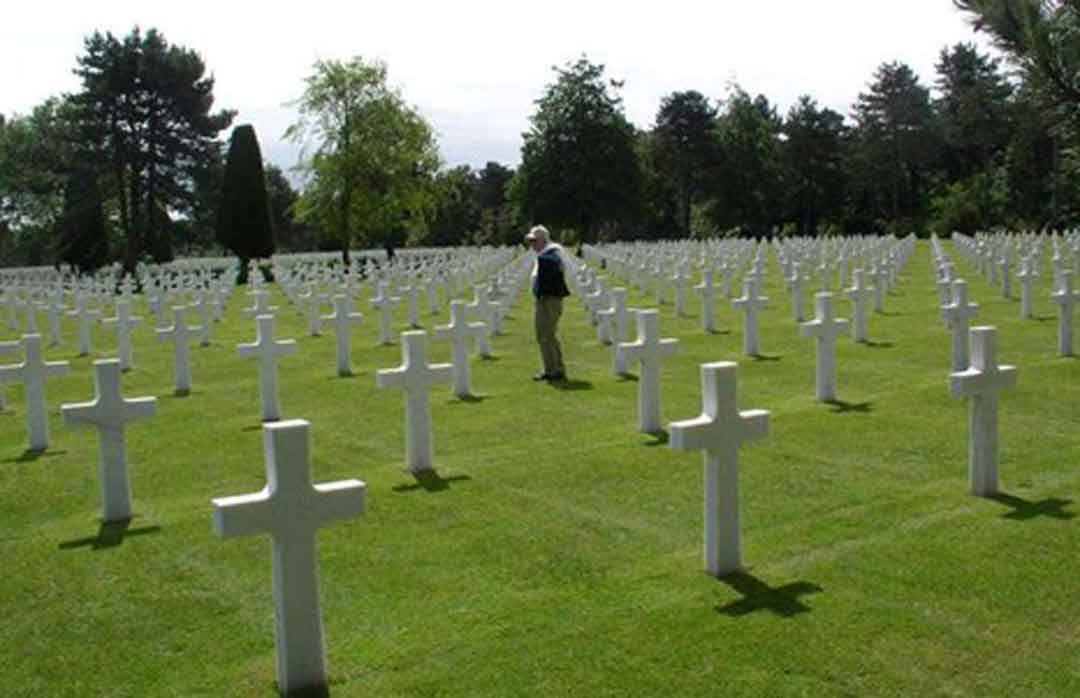 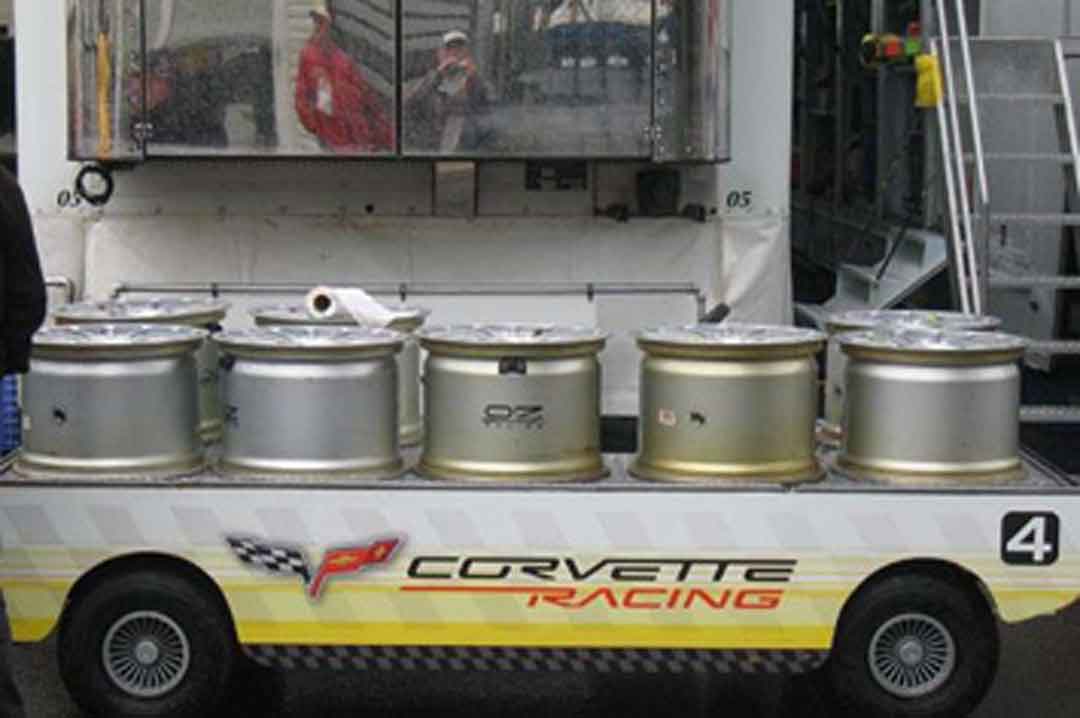 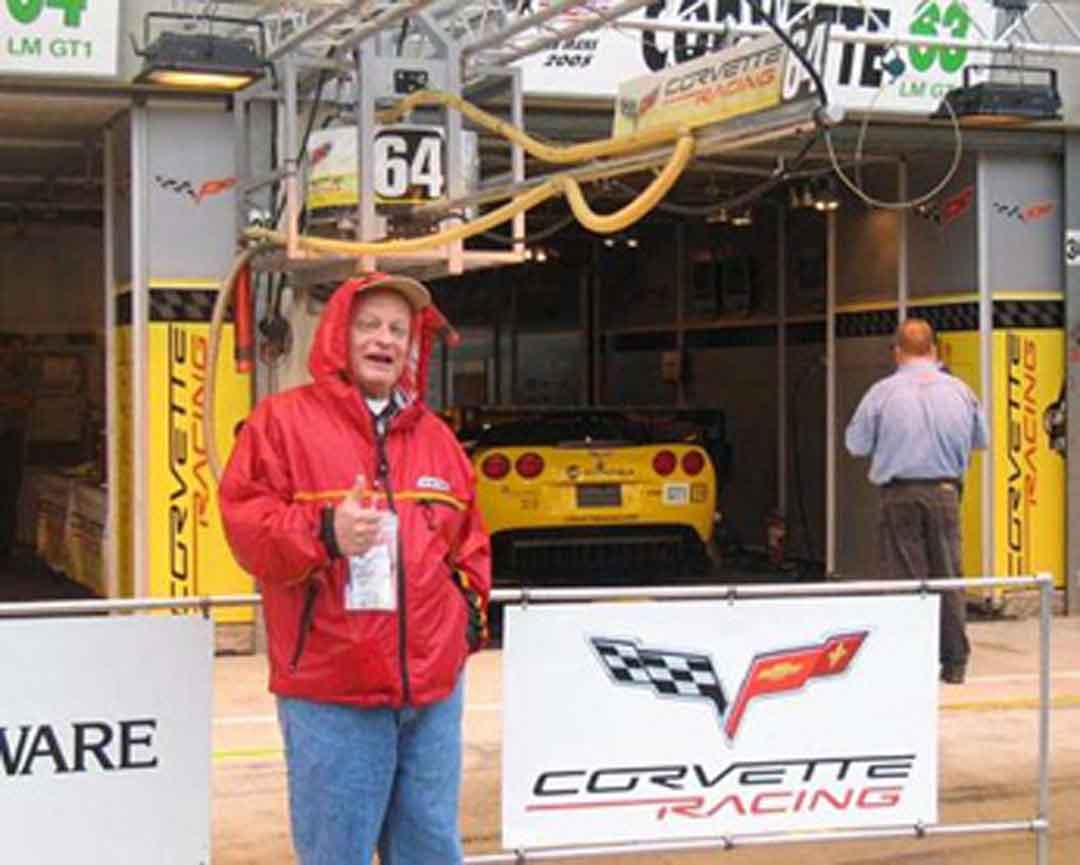 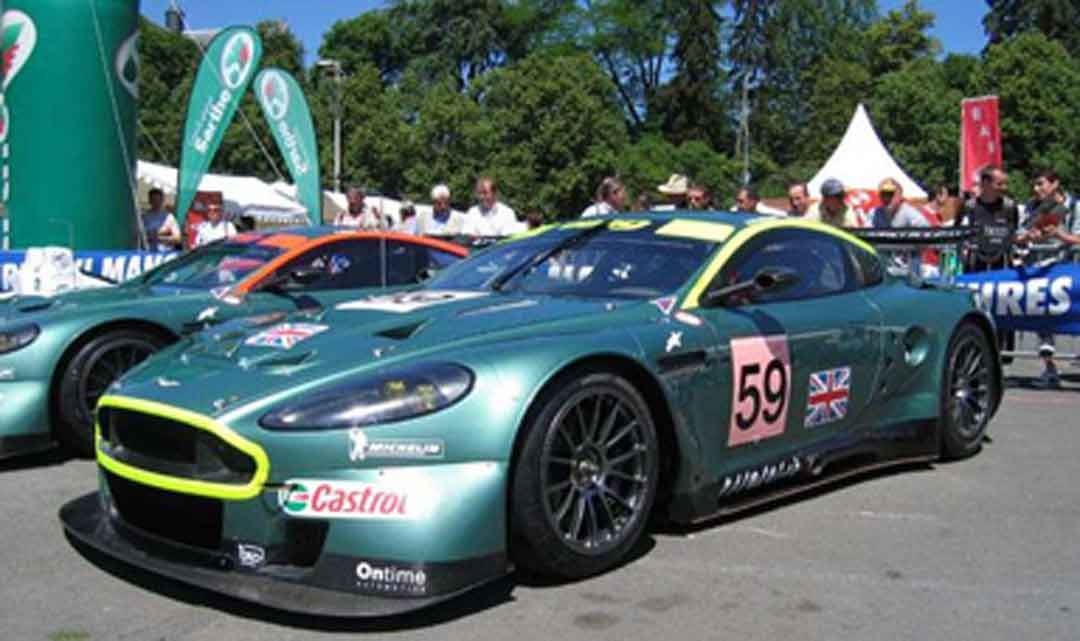 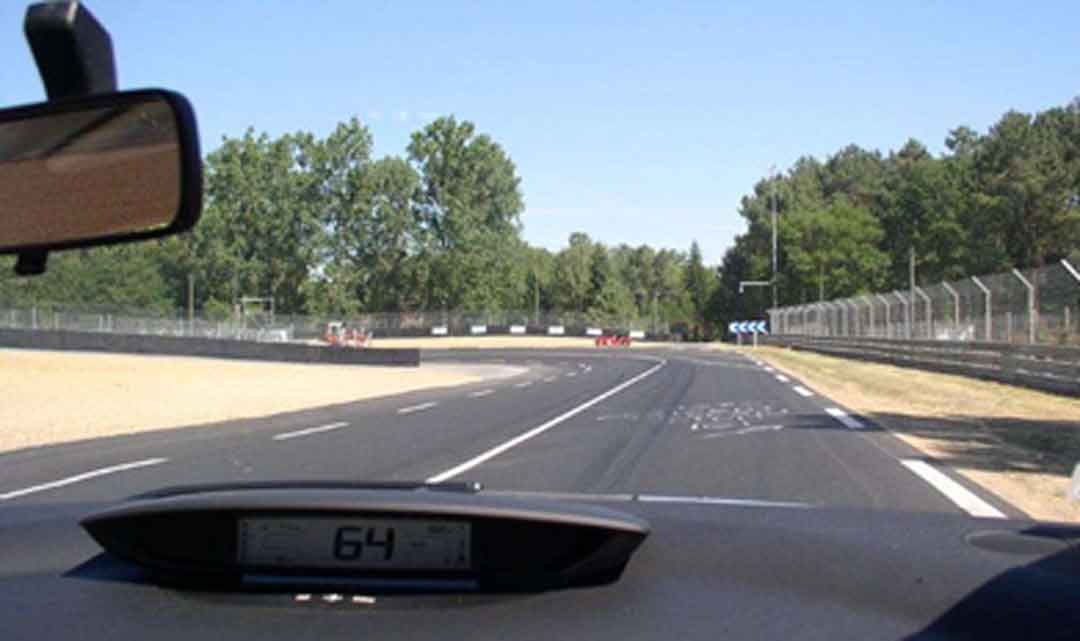